Teased in a number of official sketches both inside and out towards the end of last month , a fresh report from Australia has reportedly confirmed that Kia will name its new small, global SUV the Seltos due out later this month. Known as the SP2 until now, the report from motoring.com.au claims that the newcomer takes its name from Greek mythology by deriving it from Celtos, the son of Hercules, though with the ‘C’ changed to an ‘S’ to fall in-line with the Sportage and Sorento nomenclatures. 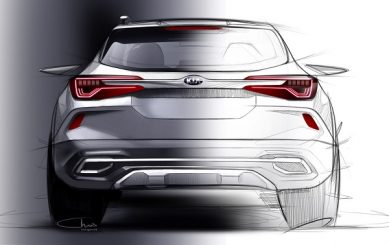 With its name also said to represent “speed and sportiness”, the Seltos will rival the likes of the Nissan Qashqai, Mazda CX-3, Honda HR-V, Toyota C-HR and incoming Volkswagen T-Cross, with the previewed interior being similar to that of the Stonic sold in Europe, and featuring a 10.25-inch touchscreen infotainment system and the so-called sound mood lighting suite of ambient lighting colours.

No details surrounding the Seltos’ drivetrain has yet been revealed, though expect drive to be routed to the front wheels with motivation  from a  selection of three-cylinder turbocharged petrol engines, normally aspirated four-pot petrols and possibly the 1.6-litre CRDI turbodiesel used in the Stonic and Ceed. Standard manual transmissions will likely be a five-or-six-speed ‘box, with a seven-speed dual-clutch expected to represent the self-shifting option. 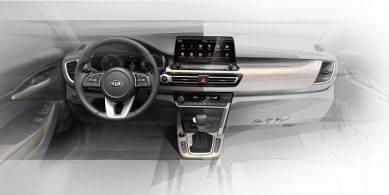 At present, Kia South Africa is still to announce availability of the Seltos but if so, expect it to debut either towards the end of this year or in 2020 as the brand’s entry-level SUV offering, a position currently being occupied by the Sportage.