Easily one of the most highly awaited new models of 2019, Volkswagen South Africa has released more details of the tiny T-Cross set to arrive on local shores during the third quarter.

Initially scheduled to have arrived in the second quarter, the T-Cross rides on the same MQB A0 platform as the Polo , and while Wolfsburg has confirmed that pricing would start ‘below R300 000’, it has now revealed both spec and technical details with final pricing only due later. 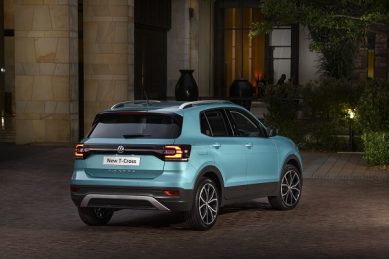 From the options list, the R-Line package adds a model specific bodykit together with 17-inch Manila alloy wheels, while other features include a Beats sound system, the Composition Media infotainment system with App Connect or the eight-inch Discover Media with satellite navigation, the 10.25 Active Info Display instrument cluster, wireless smartphone charger, keyless entry, folding electric mirrors and a removable towbar.

On the safety front, the Comfortline can be had with Park Assist including a reverse camera, Adaptive Cruise Control, Lane Assist, Front Assist and Blind Spot Monitoring. 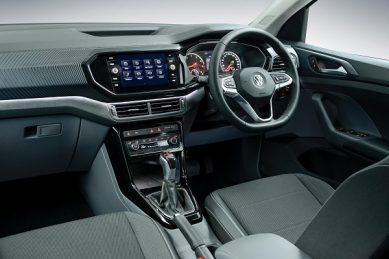 Providing forward momentum, the T-Cross will initially be offered with a single engine, the familiar 1.0 TSI that produces 85kW/200Nm, and which is exclusively paired to a seven-speed DSG. Top speed is a claimed 193 km/h with 0-100 km/h taking 10.2 seconds, while fuel consumption is rated at 4.9 L/100 km.

Arriving towards the end of this year, Volkswagen will introduce the 1.5 TSI Evo motor to South Africa, which will become available in the bigger T-Roc due out next year. In T-Cross guise, the replacement for the long-serving 1.4 TSI punches out 110kW/250Nm with its transmission option still to be confirmed. A low-output version of the 1.0 TSI (70kW/160Nm) will be added during the first quarter of 2020, while the 70kW/250Nm 1.6 TDI seems unlikely for local introduction.

As mentioned, pricing will only be revealed closer to the local launch date.