After months of speculation and reported delays, Chevrolet has officially unveiled its long awaited diesel powered Silverado 1500 in the United States. Slotting in between the 5.3-litre and top-spec 6.2-litre V8 models, the oil-fuelled version of the second best-selling new vehicle in the United States will be offered in the so-called high volume and high feature echelons of the Silverado line-up, meaning a choice of two trim levels; LT and RST and in the case of the latter designation, LTZ and High Country. 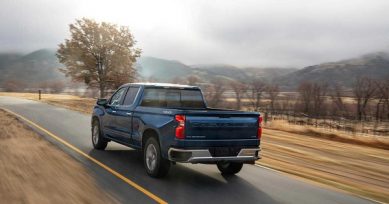 Constructed out of lightweight aluminium and fitted with Active Thermal Management that is claimed to aid efficiency, the motor also comes with ceramic glow plugs that results in shorter heating-up times and according to Chevrolet, does not require the activation of engine block’s heater at temperatures below -30 degrees.

Equipped with a water charged air cooler, a variable geometry turbocharger and a low-pressure Exhaust Gas Recirculation (EGR) that is said to boost consumption, the straight-six engine displaces 3.0-litres and produces 206kW/624Nm, making it the least powerful engine in the Silverado range, but with more torque than the entry-level 2.7-litre turbocharged four-cylinder (228kW/472Nm), the 4.3-litre V6 (210kW/413Nm) and the aforementioned 5.3-litre V8 (265kW/519Nm) whilst being on par with the 6.2’s torque figure despite a power deficit of 107 kW. 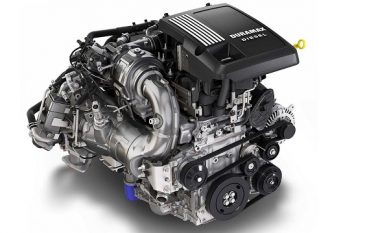 Mirroring the displacement of the V6 EcoDiesel offered in the Ram 1500 and the Powerstroke V6 in the Ford F-150, the Duramax is however more powerful with the unit in the former set to produce 190kW/600Nm, while the F-150’s bent-six produces 184kW/596Nm.

Like the bigger 6.6-litre V8 used in the 2500 and 3500 derivatives and the 2.8-litre four-cylinder powering the smaller Colorado, the 3.0-litre straight-six is made by Duramax at its Moraine Plant in Ohio, with the amount of twist being routed to the rear-or-all-four-wheels via a 10-speed automatic gearbox developed in partnership with Ford.

Said to deliver 95% of its available torque below 1 250 rpm, the Duramax also comes with an exhaust braking system, Tow/Haul mode and start/stop aimed at further consumption improvement.

As with the rest of the Silverado 1500 range, the Duramax will be built at General Motors’s Flint Plant in Michigan, but don’t expect it to become available in South Africa anytime soon.