Part of the previous generation 718 Cayman and Boxster line-ups, Porsche has breathed new life into the GT4 and Spyder monikers by revealing the latest iterations now on sale in Europe. Visually, the GT4 differs from the rest of the Cayman range by receiving a new rear wing and aerodynamics package said to generate 50% more downforce, as well as a redesigned front apron made up of a new lip splitter and side strakes dubbed air curtains.

In the case of the Boxster, the GT4’s revised front facia has been carried over, though with the addition of the famed double bubble engine cover and the now electric wind deflector that rises automatically at speeds up to 120 km/h. 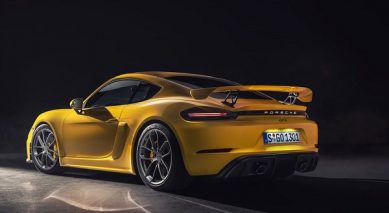 The bulk of the changes are however to be found underneath the skin where both receive the Porsche Active Suspension Management damping system, the so-called GT chassis that lowers the overall ride height by 30 mm, a more sensitive Porsche Stability Management system and a tweaked torque vectoring system that makes use of a mechanical rear differential lock. 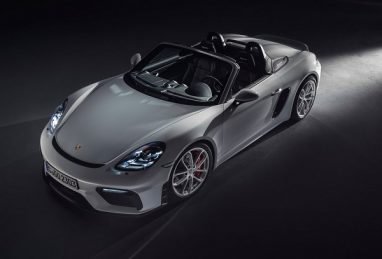 As an option, the GT4 exclusive Clubsport pack adds a six-point safety belt for the driver’s seat, a steel roll bar and fire extinguisher, while both models can further be specified with the Porsche Ceramic Composite Brakes and ‘ultra-high-performance’ tyres on the Spyder that comes standard on the GT4. 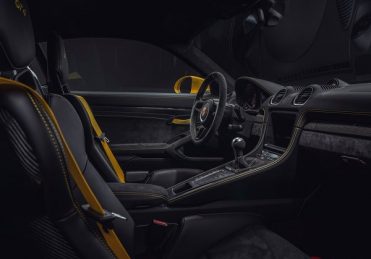 In a departure from the current Cayman and Boxster, the GT4 and Spyder drops the turbocharged flat-four engines for a newly-developed, normally aspirated 4.0-litre flat-six producing 309kW/420Nm. Solely paired to a six-speed manual gearbox, both the GT4 and Spyder will complete the 0-100 km/h sprint in 4.4 seconds, though the former will top out at 304 km/h and the latter at 301 km/h.