Ford Motor Company Southern Africa (FMCSA) has all but confirmed the arrival of the long awaited facelifted Mustang by discreetly revealing pricing details on its latest new model price list. Unveiled as long ago as the North American International Auto Show in Detroit two years ago, the updates includes a redesigned front facia and new bonnet, restyled LED headlights, a new boot spoiler, updated fog light clusters, new taillights and diffuser, while the biggest uptakes inside is the new SYNC 3 12-inch infotainment system and a digital instrument cluster. 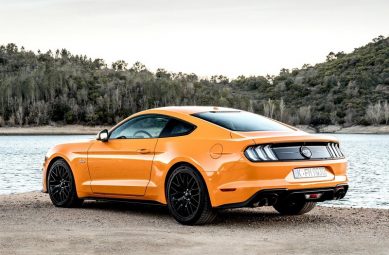 Underneath its skin, the Mustang gets new shock absorbers, an an updated stabiliser bar, new cross join axis, the Line-Lock function on all models and, as part of the Performance Package that will likely be standard on all V8 models as before, a Torsen limited-slip differential, new anti-roll bars and a K-brace. For the first time, the MagneRide adaptive dampers offered in the United States will be available in South Africa, albeit as an option (R15 300). 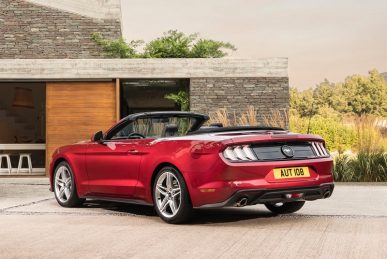 Up front, the Mustang keeps both the 2.3-litre EcoBoost and 5.0-litre normally aspirated Coyote V8 engines, though with the latter producing 213 kW, the same as in Europe and 10 kilowatts less than the previous engine, while the V8 outputs 331 kW instead of 306 kW. Surprisingly, both engines are paired solely to the new 10-speed automatic gearbox co-developed with General Motors, though the six-speed manual will be the sole option for the Steve McQueen tribute edition Bullitt. 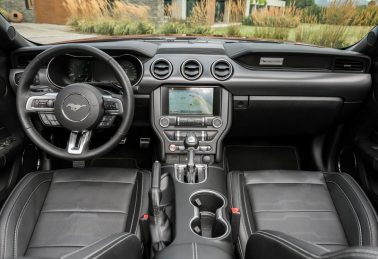 Limited to just 55 units, the Bullitt will cap the range of and come powered by the above mentioned V8, tuned to produce 338 kW and not the US market 354 kW as previously reported. 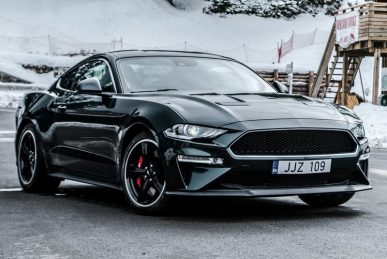 Although the Blue Oval has not officially revealed a local launch date, expect it to be imminent or likely next month.