After officially confirming availability back in January, Suzuki Auto South Africa has finally introduced its turbocharged BoosterJet engine to South Africa in the shape of the recently updated Vitara and the long awaited, third generation Swift Sport. 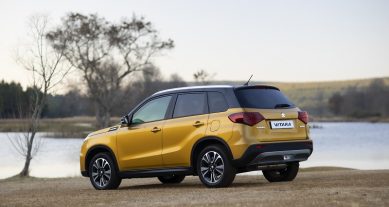 Fresh from receiving its mentioned mid-life refresh in February, the now turbocharged Vitara slots in above the carryover normally aspirated 1.6-litre model, and while the spec level remains unchanged, it now comes with more punch in that the downsized, forced assisted 1.4-litre engine produces 103kW/220Nm instead of 86kW/151Nm. 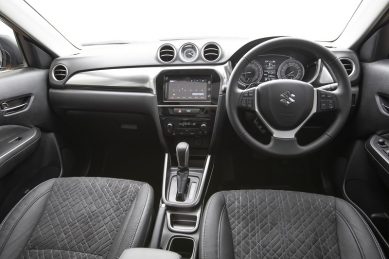 Unlike its naturally breathing sibling however, the BoosterJet does not offer the option of the AllGrip four-wheel-drive system with drive being routed to the front wheels only via a six-speed manual gearbox, or an optional six-speed automatic with paddle shifters. 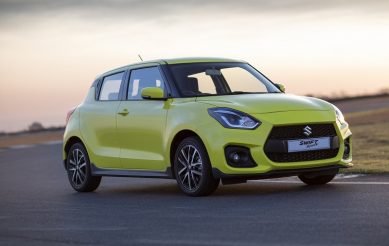 Unveiled nearly two years ago now, the Swift Sport swaps the previous 100kW/160Nm 1.6-litre engine for the same 1.4 BoosterJet as in the Vitara, but with a 10 Nm gain in torque for a total of 230 Nm with power remaining unchanged at 103 kW.

Based on the same lightweight Heartect platform as the standard Swift, the Sport is not only more rigid than its predecessor, but has been put on an extensive weight loss programme with the doors, engine, seats, body and the 16-inch diamond cut alloy wheels being lighter than before.

In addition, the bespoke Monroe shock absorbers from the previous Sport have been kept but are brand-new, while the anti-roll bars are also new, the springs and dampers revised and the front ventilated disc brakes enlarged in both size and thickness. 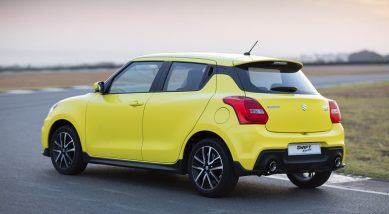 According to Suzuki, the updates, new engine and platform has resulted in the Sport ticking the scales at 970 kg, meaning a top speed of 210 km/h and 0-100 km/h in 8.1 seconds. As before, drive is send to the front wheels via a six-speed manual gearbox, although for the first time, buyers have the option of a six-speed automatic with paddle shifters. 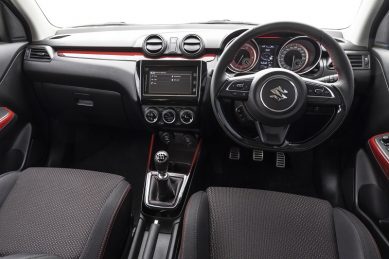 As on the Vitara, and in a departure from the regular Swift, the Sport comes with the seven-inch touchscreen infotainment system that incorporates Bluetooth, Apple CarPlay, Android Auto and USB, while also getting cruise control, a reverse camera, 4.2-inch instrument cluster display, folding electric mirrors, climate control, all around electric windows, six airbags, ABS with EBD and ESP.