With the future of its two sports car, the TT and R8 having come in for questioning over the past few months, the Head of Audi South Africa has confirmed that while changes are indeed in place for the latter, the former remains a key model for the marque. Speaking to The Citizen following the unveilings of the new A1, Q3, A7 and the 2020-bounded all-electric e-tron at the Kyalami Festival of Motoring last week, Trevor Hill said that the TT remains an iconic model “which broke the mould for Audi design”.

“Every brand needs an icon to shape its future and the TT was that icon when it came out in the late ‘90s. We will never ever forget about the TT. As far as we know, the TT will carry on, [however], we might take a break at some stage, but at the moment, the TT will stay with us,” he said. 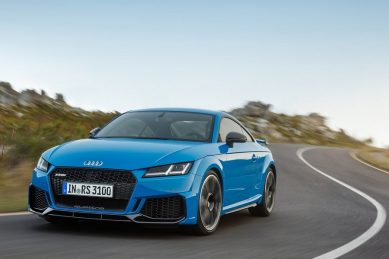 Seemingly confirming comments made by Audi CEO Bram Schot about the TT back in June, Hill, when quizzed about the R8, remarked that alterations are indeed planned for the next generation reportedly out in 2023, but stopped short of going into exact details about a switch electrification as alluded to by Audi Sport boss, Oliver Hoffman, last month.

“There is a new R8 model planned; maybe it might not [have] an internal combustion engine, maybe it will [have] something else. We have not made that decision right now, but there is a lot of focus on electric, so you might see something in the electric space but nothing as yet been confirmed,” he concluded.