With its upscale 200 sibling being the centre of attention in recent months, Toyota South Africa has unveiled a special edition version of the double cab Land Cruiser 79 that pays tribute to one of the toughest areas on the African continent. 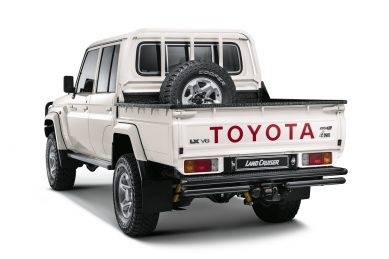 Inside, Toyota has added grey canvas seat covers with Namib logos and a special overhead compartment that can accommodate two-way radios as well as their mounting hooks. Underneath, the Namib comes with an upgraded off-road suspension and 16-inch alloy wheels wrapped in 265/75 Cooper Discoverer S/T Maxx tyres. 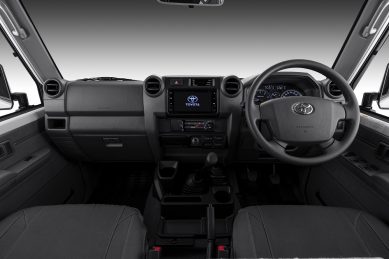 No changes have taken place underneath the bonnet though where the 4.5 D-4D V8 turbodiesel engine continues to produce 151kW/430Nm, which is fed to the rear or all four wheels via a five-speed manual gearbox with low range. Claimed fuel consumption is 11.3 L/100 km.

Available in Ivory White or Sand Beige, the Namib is priced at R893 600 and comes standard with a three year/100 000 km warranty with a service plan being optional.