As an option, buyers can opt for a new four-wheel-drive system dubbed Dynamic Torque Control 4WD Having leaked towards the end of last month shortly after its Daihatsu Rocky sibling debuted at the Tokyo Motor Show, Toyota has now officially unveiled the all-new Raize in Japan.

Sporting the same dimensions as the Rocky and riding on Daihatsu’s New Global Architecture (DNGA) platform, development of the GA-B architecture that underpins the new Yaris, the Raize, its name a combination of ‘rise’ and ‘raise’, mainly differs from its cousin by virtue of a revised front facia consisting of a prominent lower mesh grille, horizontal daytime running LEDs and a sealed grille serving as the logo bar.

Bar the Toyota emblem, the rear facia is virtually unchanged from the Rocky with the same applying to the interior, where the Daihatsu badge on the steering wheel has been eschewed for Toyota’s corporate logo. Boot space, according to Toyota, is class-leading at 369-litres with the rear seats up. 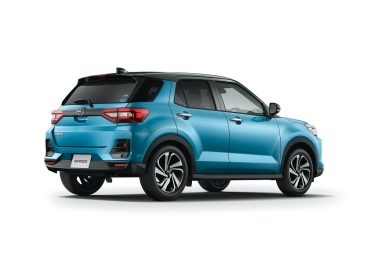 Like the Rocky, the Raize will be available with a single engine option; a turbocharged 1.0-litre three-cylinder petrol that punches out 72kW/140Nm, matched to Daihatsu’s version of Toyota’s 10-step Direct Shift CVT, now dubbed D-CVT. A six-speed manual will be added at a later stage.

As standard, the Raize is front-wheel-drive with the setup resulting in a claimed fuel consumption figure of 5.4 L/100 km, or, as an option, buyers can opt for a new four-wheel-drive system dubbed Dynamic Torque Control 4WD which provides an even distribution when a slip is detected. In all-paw gripping guise, the claimed consumption is rated at 5.7 L/100 km. 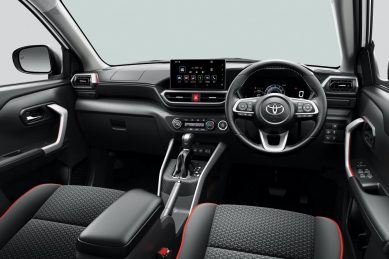 Slated to replace the Rush, which itself is a rebadged version of the Daihatsu Terios, the Raize will touch down on Japanese dealership floors from 16 November with pricing from ¥1 679 000 (R226 931) to ¥2 060 000 (R278 426). No word on South African availability has yet been made, but if approved, expect the Raize to arrive sometime next year and rival the likes of the Ford EcoSport, Hyundai Venue, Kia Seltos and the Volkswagen T-Cross.