Falling for an Escort

"Back then there was no power steering, no aircon, no airbags, no ABS brakes. It was man and car. You tamed it or it tamed you… True love, so they promise, happens in an instant and yet lasts a lifetime. And that’s true for Theo Sykes, who was smitten when he was a laaitie (young boy) and more than four decades later, is not only still faithful to that first love, but his passion still burns bright.

Even Sykes’ wife knows about it … so why hasn’t she packed her bags and left? Because any long-suffering spouse or partner of a petrolhead knows. There are some things you just have to accept. And with Sykes, those things are Fords from the 1960s and 1970s (and possibly, at a squeeze, from the ’80s). Sykes, who runs an auto-shop in the south of Joburg, says: “It has always been Fords with me. My dad had one and I think the first car I recognised was a Ford.” Even today, he would rather drive around in his early ’70s Mk2 Ford Escort than “any modern rubbish”.

From the outside, his car looks like a plain Jane four-door Escort. So plain that it really is a 1300. Look a bit closer and you notice the wheels are wider and it looks like someone’s done a bit of fiddling with the suspension. Which pulls you to the bonnet. Underneath is revealed  a 2.0-litre Ford Pinto OHC four-cylinder engine – the sort that did service in a range of Ford cars in the ’70s but was best known for the role it played in the nose of the RS2000, the fast Escort with the “droop nose”. Ford made sexiness and performance available to the ordinary person from the early ’60s. First came the Cortina, with its “peace sign” tail lights, a 1500 GT version and a “hot” Lotus-powered one later. Then came the Escort, a car which was destined to dominate world rallying and make a mark for itself on the circuits. You could have any number of different engine combinations from mild to wild.

Then came the Capri, Europe’s take on the successful American Ford Mustang, a two-door “fastback” which also dominated German touring car racing for a time. These Fords are becoming rarer now – but still just as popular in the age of digital motoring. 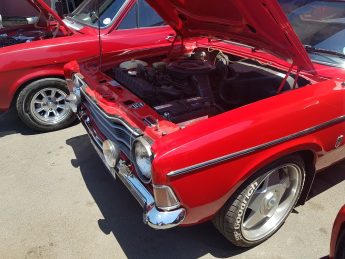 “You see,” chips in Jay Naidoo, co-owner of Sykes’ business – and a man building a monster twin-turbo V6 Ford Cortina – “back then there was no power steering, no aircon, no airbags, no ABS brakes. It was man and car. You tamed it or it tamed you…”

Jay has had an assortment of expensive rides, ranging from a Bentley to a Porsche to assorted BMWs (“Hey, what do you expect man, I’m an Indian,” he laughs)…but says,  “I’d still rather be driving around in my Ford. It’s real.” 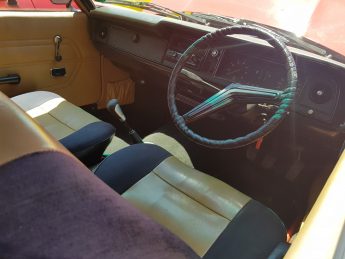 Sykes’ son Mark agrees. He’s the owner of one of the fastest Fiat Unos in the country (thanks to a modified engine and massive turbo) but he enjoys pottering around in his Mk1 Ford Escort. This car, which has more rounded lines than his Dad’s Mk2, started out life as a 1300 Super, but has had its engine upgraded to a 1600 Ford Kent four-cylinder. So it’s not exactly slow, either…

The 1600 Kent is what “the boys” refer to as “the Crossflow” because of the fact that it was the first Ford production engine to feature this layout, where the carburettor is opposite the exhaust outlet, so the fuel mixture flows across the engine cylinder head. The Kent is the “go to” motor for most restorations or modifications of these old Fords. Sykes says it’s easy work on, parts are not that difficult to find and you can bump up the power quite a bit. 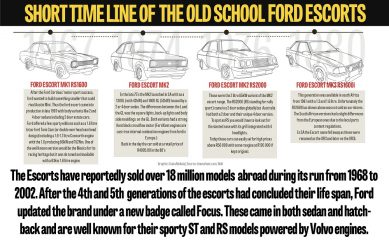 Sykes has done a few restorations for clients in recent years and even he has been surprised by the way prices for the cars are starting to take off. As an example, he points to a Mk2 1600 Sport (a unique-to-SA model), which he worked on and which sold for R200 000.

Experts have restored a Mk 2 rally Escort once piloted by Sarel van der Merwe in the local championships, which is said to be worth more than R2 million. Sykes says people have been known to import special engines, like the Ford 1800  BDA twin-cam which went in models of the Escort never available in SA but these engines alone can set you back way more than R150 000 by the time they land from England. 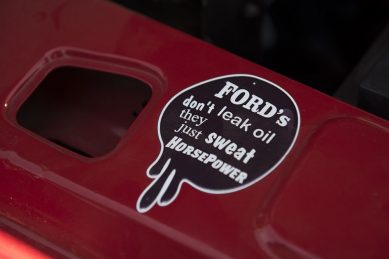 One of the things Sykes loves (even as Jay loves the turbo grunt) is the effect of two twin-choke Weber sidedraught carburettors, which are the performance model of choice for most hotting up an old Escort, Cortina or even Ford Capri. He peers into a bonnet where two of these gleaming items sit, siamesed to the engine block by the inlet manifold … and he visibly sighs.

“Man, is there any sound on earth quite like twin Webers sucking?” Ah, the romance of carbs, of naturally aspirated engines… It’s a love which still stands the test of time for men like Sykes.