Nissan has officially confirmed that the highly awaited second generation Juke won’t be coming to South Africa for the time being.

Fresh from its unveiling in Barcelona three months ago, Nissan South Africa Media Relations Manager Veralda Schmidt made the announcement to The Citizen on the side-lines of the Datsun Go CVT unveiling last month, saying that emphasis will in be placed on the Qashqai that will receive a number of technical as well as safety upgrades within the coming weeks. At the same time, Schmidt also ruled out the possibility of Nissan bringing the Kicks to South Africa as a direct, albeit more attainable replacement for the Juke despite it being “under study” and available in right-hand-drive.

“There is a guise of Kicks available in some Eastern markets, but it is not the same spec and the driving conditions in countries such as India are completely different than ours, so [although] there is a right-hand-drive Kicks, it is not optimised for South African conditions,” Schmidt said. 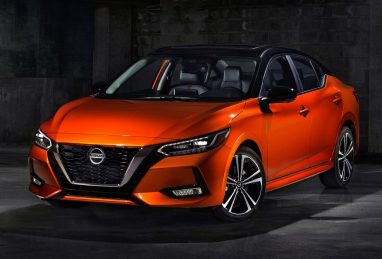 Also a non-starter is the new Sentra shown at the Los Angeles International Auto Show last month, with Schmidt attributing the slowdown in compact sedan sales and preference for SUVs and pick-ups as the biggest factors.

“We are catching the upper sedan market with our crossovers and sedans are more used in the transport environment where for instance a lot of Almeras are used in the Uber market, and the Sentra is way above that market, so there are no plans to bring the Sentra to South Africa because in that price range and specification, we have Qashqai for example”.