South African future possible for Kia pick-up, not so for Telluride

"While we would be keen to take a punt at (Telluride), maybe with next generation but for now, no”. With speculative reports of Kia’s incoming pick-up continuing to mount, the Korean automaker has indicated that its first open-deck model could possibly be offered in South Africa once the covers come off in 2022/2023.

Although it remains unknown whether the yet-as-unnamed model, of which development has already started, will spawn two different models like the United States bound, unibody Hyundai Santa Cruz and the still secretive body-on-frame global equivalent, Kia Motors South Africa CEO, Gary Scott, has hinted of the model having a local future following the recent commissioning of a feasibility survey.

“If it becomes available in the global line-up, it will come to South Africa whichever one it is. It has been on the five year plan for about 20 years [and] it is being looked at very carefully,” Scott said at the recent media launch of the new Seltos in Cape Town.

He also stated that it would make “no sense” for Hyundai not to develop a Kia badged model on a similar platform given the amount of funds related to research and development that has been invested into the pick-up project. “If you believe that Hyundai is going to do something (then) Kia will definitely do something as well,” he said. 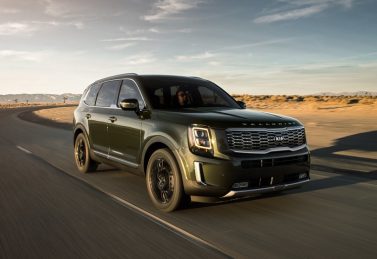 Not expected on local shores soon though is the smash-hit Telluride with Scott confirming that the current generation will remain a left-hand-drive only and therefore forbidden for South Africa.

“[Telluride] is produced in the US for that market and Canada. At this stage, it has been supplied into the Middle East and a few other countries, but it is in such limited volumes and it is oversubscribed in its main market,” Scott continued.

“The retooling for right-hand-drive won’t be that substantial and it would be a great test for us of local consumers’ appetite for the brand at that price point. It would be an easier player than Stinger, so while we would be keen to take a punt at it, maybe with next generation but for now, no”. Quizzed about the future of the Stinger, which was reported last year as appearing unlikely for a second generation, Scott said the current downturn in sedan sales, as well as the model’s niche market placing, has made it less appealing to sell, even in the United States, when compared to the Telluride.

“When you look at the sales, they sold about 8 000 in the US last year which is considered a sales failure. It is all about body shape. If you look at Telluride, it is more astute, so while you are not getting out-and-out performance, you are still getting something halo and in a more relevant way”.

Sold only via a dedicated online showroom, sales of the Stinger officially ended in June last year with only 28 unit sales being recorded since it arriving on local shores in July 2018.