End of an era: Chevrolet Impala has run its course

Impala becomes the latest model to cease production amidst the rapidly declining large sedan market and buyer preference for crossovers and SUVs. With the axing of the Holden Commodore after 42 years last month and the Holden brand itself earlier this month after nearly 160 years, 72 of which was conducted in the automotive industry, General Motors (GM) has brought the curtain down on the iconic Chevrolet Impala that had been in production, on and off, for 62 years.

Made from 1957 to 1985 before returning in 1994 as a more powerful SS version of the Caprice, the Impala, which returned as a model of its own right twenty years ago, becomes the latest model to cease production amidst the rapidly declining large sedan market and buyer preference for crossovers and SUVs. Following in the wheel tracks of Ford who announced in 2018 that it would no longer field any car models in North America, the exception being the Mustang, the Impala has seen its market share reduced dramatically with only 44 978 units sold throughout the whole of 2019 after reaching its zenith 2007 when 311 128 units left GM’s Detroit-Hamtramck Plant in Michigan.

“Just as the Impala evolved over the years, the market has shifted dramatically and demand for sedans has declined and we adjusted to meet customer needs,” Chevrolet Vice-President for Marketing, Steve Majoros, was quoted by the Detroit News as saying. 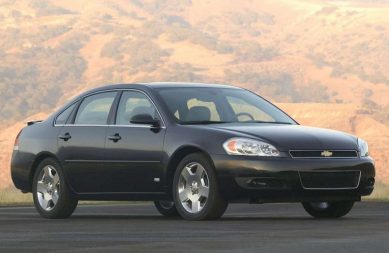 According to carscoops.com, the anvil officially dropped on 27 February when the final Impala rolled out of the Hamtramck facility in becoming the 15th different model to be made since the factory opened in 1985. Past models made included the Chevrolet Malibu, Buick LaSabre, Riviera and LaCrosse, the electric Chevrolet Volt/Cadillac ELR/Holden Volt/Opel Ampera and Vauxhall Ampera and more recently, the Cadillac CT6.

The end of the Impala will however not result in the end of the plant which will be retooled to become a dedicated electric vehicle facility whose first model will be the GMC Hummer EV pick-up set to unveiling on 20 May.