Hyundai has started teasing the all-new Elantra ahead of its confirmed unveiling in Hollywood on 17 March. The third model after the Sonata and i20 to adopt the ‘Sensual Sportiness’ design language, the single side image provided shows the Elantra sporting a more coupe-like look with a noticeable lowered roofline, an upwards moving fastback boot reminiscent of the current Honda Civic, and sharp creases and slashes down the side. 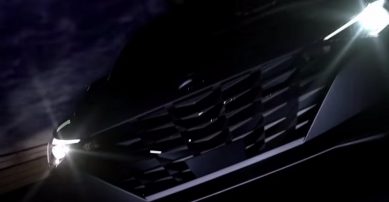 A 45 second video posted on the marque’s YouTube page (below), dubbed “A Bold new Arrival”, reveals slightly more details though such as a Genesis inspired grille, LED taillights running the full width of the rear facia, alloy wheels taken from the Vision T concept SUV shown in Los Angeles last year and thin LED headlights seemingly taken from the Sonata. 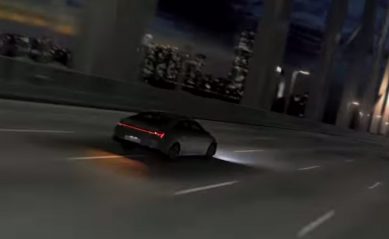 Inside, the solitary interior depiction shows a clean and minimalist design with a top mounted infotainment display and deep centre console, seemingly without a gear lever, taking centre stage, along with a unique three-spoke steering wheel and what appears to be red ambient lighting underneath the thin centrally placed air vents.

Shrouded in mystery though are the Elantra’s choice of drivetrains which could be shared with higher-up versions of the i30 and possibly even the Sonata’s entry-level engines. Also likely are a plug-in hybrid and an all-electric model.

Despite the provided launch date, expect both final images and even technical details to emerge online within the coming days.