Newcomer is the first to debut the Vizor front facia and Opel Compass as part of the ‘Bold and Pure’ styling language. In what was the final teaser this past Monday, Opel has officially revealed the second generation Mokka in the form of the all-electric e-Mokka.

Previewed in a number of clips and images over the past two months, the latest of Rüsselsheim’s PSA underpinned models appears little toned down from the GT X Experimental shown two years ago, with the newcomer being the first to debut the Vizor front facia and Opel Compass as part of the ‘Bold and Pure’ styling language.

Tipping the scales at 120 kg less than the previous General Motors era Mokka and facelift Mokka X, the newcomer drops the latter suffix entirely and measures 4 150 mm in overall length, a 125 mm reduction, while the wheelbase has gone up to two millimetres and the overhangs at the front and rear reduced by 61 mm and 66 m respectively. 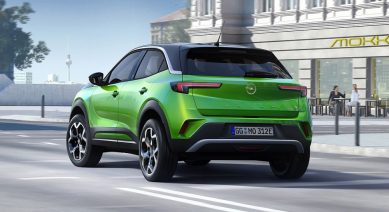 Riding on the CMP version of the EMP1 platform used by the Corsa, Peugeot 208 and 2008, the Mokka’s interior, described as ‘high-tech’ and ‘detoxed’, boasts the marque’s so-called Pure Panel with two screens for the infotainment system and instrument cluster that measures twelve-inches. Similar to Mercedes-Benz’s MBUX, lesser models will come with a ten-or seven-inch display for the latter with Apple CarPlay and Android Auto included.

Offering a total luggage capacity of 350-litres, six litres less than the outgoing model, the rest of the Mokka’s minimalist cabin sees the inclusion of features such as a wireless smartphone charging tray, perforated heated front seats with a massaging function for the driver’s chair and ambient lighting. 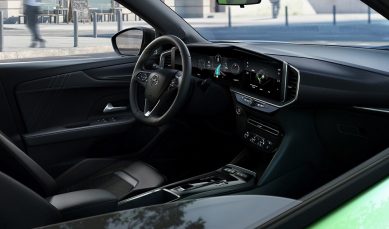 Up front, the Mokka will benefit from the same assortment of engines as the Corsa, but as mentioned, debuts in all-electric Mokka-e guise powered by the same 50 kWh battery as its hatch sibling. Rated at 100kW/260Nm, the e-Mokka has a claimed range of 323 km and can be charged from 0-80% in 30 minutes using a 100 kW fast charger. Top speed is however limited to 150 km/h with three driving modes offered; Eco, Normal and Sport.

In the United Kingdom, sister brand Vauxhall will commence with sales from the end of the European summer before production kicks-off next year. Opel South Africa’s local importer and distributor, Unitrans Motors, has indicated that talks are taking place to bring the Mokka to market next year.