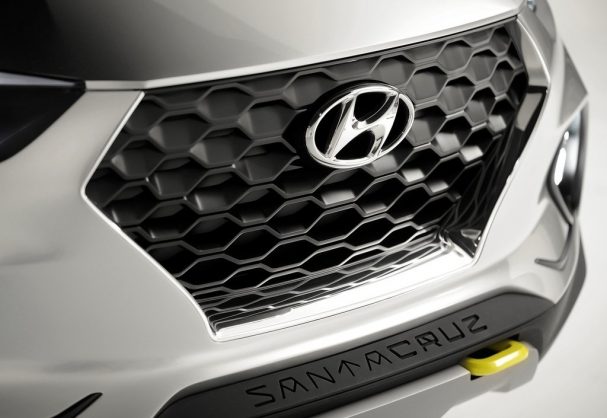 Hyundai’s so-called ‘world’ pick-up has been branded ‘sensitive’ and its chances of happening outright played down in a contradiction of previous reports.

Making the statement at a media briefing towards the end of last week, Hyundai Australia CEO John Kett told motoring.com.au that the pick-up has been stirring uncomfortable conversation within the Korean automaker’s head office, adding that, “there isn’t really any development in the story. Nothing has happened since the last time we chatted”.

Last year, Kett, shortly after being appointed, confirmed to whichcar.com.au that a framework for the newcomer had been drawn-up for a range of petrol and diesel models equipped with two-and-four-wheel-drive in single can double cab bodystyles.

“What’s clear to us is that if we’re going to bring a ute out, it had better be a ute. We’ve got past the first hurdle of what it needs to look like, but it needs to be functional as well,” Kett said.

“When you cut up the ute market, you split it up between 4×4 and 4×2, who owns 4×2 and what powertrain goes with that [internally] and then 4×4 crew cab versus cab/chassis and so on… we want to be smart about it and that’s what we’re going through at the moment”.

Not expected though is the unibody Santa Cruz which will not be made in right-hand-drive despite interest being high according to Product Planning Head, Andrew Tuitahi. Spotted earlier this month letting go of its black-and-white wrapping, the Santa Cruz will be aimed at the Honda Ridgeline in the United States and debut next year.

“The Santa Cruz is certainly a niche product, but I think it would be an interesting offering. We remain interested in that vehicle for sure. We explore all options we can with all products… we do that as a discipline to see if it fits a business case for us here,” caradvice.com.au quoted Tuitahi as saying.

As it stands, the unnamed pick-up is anticipated to debut in 2022 or 2023, roughly the same time as the offering from sister brand Kia, whose planned entrant has remained quiet in spite of the commissioning of a feasibility study.

“If it becomes available in the global line-up, it will come to South Africa whichever one it is. It has been on the five year plan for about 20 years [and] it is being looked at very carefully. If you believe that Hyundai is going to do something (then) Kia will definitely do something as well,” Kia South Africa CEO Gary Scot told The Citizen Motoring on the side-lines of the Seltos launch in Cape Town earlier this year.