Hard Top offers a ground clearance of 291 mm, approach, departure and breakover angles of 38, 40 and 28 degrees and wading depth of 900 mm. With a pick-up derivative still hanging in the balance and a V8 still undergoing testing, Land Rover has added a third model to the new Defender range in the form of a commercial variant simply dubbed the Hard Top.

A designation that harks back to previous generations, the Hard Top is based on either the short wheelbase 90 or long wheelbase 110 but comes without rear seats, a jump seat arrangement with space for three can be had as an option, whilst offering a towing capacity of 3 500 kg. Somewhat oddly, Solihull has not provided any payload figures. Like the standard Defender, the Special Vehicle Operations (SVO) division developed Hard Top makes use of the D7x aluminium platform, and offers a ground clearance of 291 mm, approach, departure and breakover angles of 38, 40 and 28 degrees and wading depth of 900 mm. An option on the 110 is an adjustable air-suspension in place of the standard coil springs. 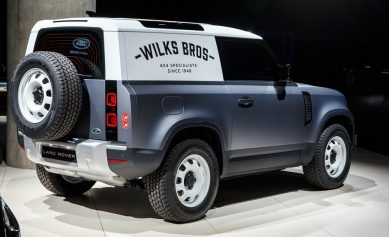 Despite not releasing any interior images, Land Rover has confirmed that the Hard Top will retain many of the standard Defender’s features, such as the Pivi Pro infotainment system with over-the-air updates, a 3D surround view camera system, Advanced Tow Assist and the ClearSight digital rear-view mirror. No technical details regarding powerunits were revealed. 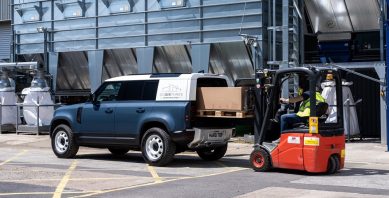 In the United Kingdom, the Hard Top will retails from £35 500 (R753 828), but Land Rover South Africa has already confirmed that it won’t be bringing it to market anytime soon.