Munich has clarified the respective outputs with the standard models producing 353kW/600Nm, while the Competition will have 375 kW. The wraps coming off in September, BMW has provided the clearest details yet of what to expect from the all-new M3 and M4. In releasing the first official teaser images of the still heavily disguised prototypes rounding the Sachsenring in Germany, Munich has clarified the respective outputs once and for all with the standard models producing 353kW/600Nm from the new S58 3.0-litre straight-six turbo, while the Competition will have 375 kW on tap with torque remaining as is. 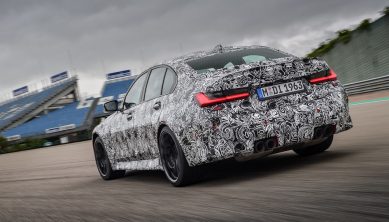 As indicated by M boss Markus Flasch in May and in a report last month, a six-speed manual gearbox will star on the M3 and M4 with drive going to the rear wheels only, while the Competition will get an eight-speed Steptronic along with the M5’s xDrive all-wheel-drive system. Unexpectedly, the self-shifter, which replaces the seven-speed M DCT ‘box, will be available on the standard M3 and M4 as well. Contrary to previous claims, no mentioning was made of whether the manual models will adopt the ‘Pure’ designation. 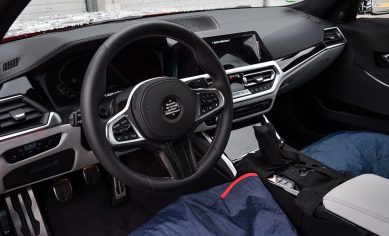 “For customers who prefer a puristic performance experience and particularly intense interaction with their vehicle, the model variants with a manual transmission constitute an offer that is unique in this segment,” M division Development boss, Dirk Häcker said. 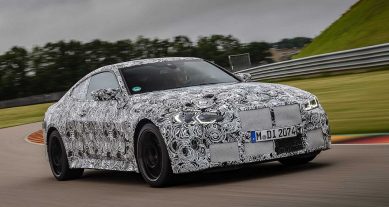 “On the other hand, with the Competition versions of the new M3 and new M4, we are addressing maximum dynamics in regards power development and transfer – initially with classic rear-wheel drive and, at a later date, also in conjunction with the latest version of our four-wheel drive system M xDrive”. 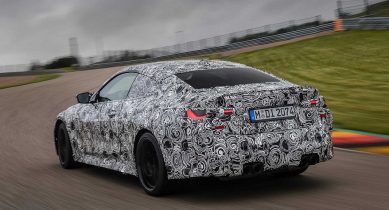 With the recent spying of the M4, it remains to be seen if the M3 would adopt the marque’s highly controversial new kidney grille as no indication of this exists when the provided images are taken into account. What is expected however are subtle cosmetic differences between the standard M3/M4 and Competition, which will extended to the interior and underneath the skin in the guise of the M Sport brakes and steering, plus a revised chassis. 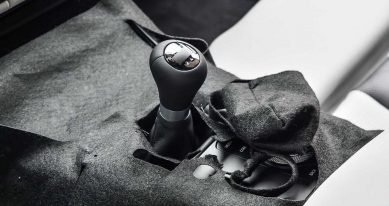 Although it is anticipated to arrive in South Africa either towards the end of this year or in early 2021, final confirmation is still being awaited, it will be interesting to see if both variants of the M3 and M4 will be offered given the recent inclusion of only the Competition in the recently facelifted M5 range.