Four-cylinder motivation has officially returned to the Mercedes-Benz G-Class for the first time in nearly two decades, but only in China for now.

Despite sporting the ‘350’ nomenclature normally associated with a 3.5-litre V6 engine, the G350, as indicated last month, is powered by Benz’s M264 2.0-litre turbo-petrol that has been tuned to produce 220kW/400Nm. Like the diesel-powered straight-six G350d and G400d, the amount of twist is delivered to all four wheels via a 9G Tronic automatic gearbox. 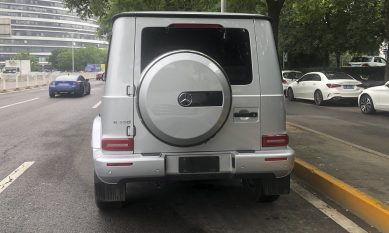 Introduced for tax reasons that places a premium on vehicles with an engine size greater than 2.0-litres, the G350, apart from the absence of any V8 logos denoting the only other non-AMG petrol model, the G500, appears near identical to its sibling looks-wise, with the only other key to its smaller heart being the G350 badge above the left taillight.

Pictured by AutoHome riding on the standard issue 19-inch alloy wheels, the interior is unchanged from the G500 as well as with the model in question sporting the optional 12.3-inch dual MBUX infotainment system and digital instrument cluster, the new leather wrapped steering wheels and alloy inlays. 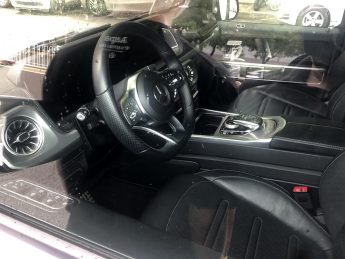 Going on sale next month, no pricing for the G350 has yet been announced with AutoHome merely stating that is it expected to be more than one-million yuan, which equates to just over R2.5-million, some R200 000 less than the South African-spec G400d.