Out and ready to go about: Toyota Agya detailed and priced

The twin of the Daihatsu Ayla undercuts the Aygo on price in addition to offering more space. 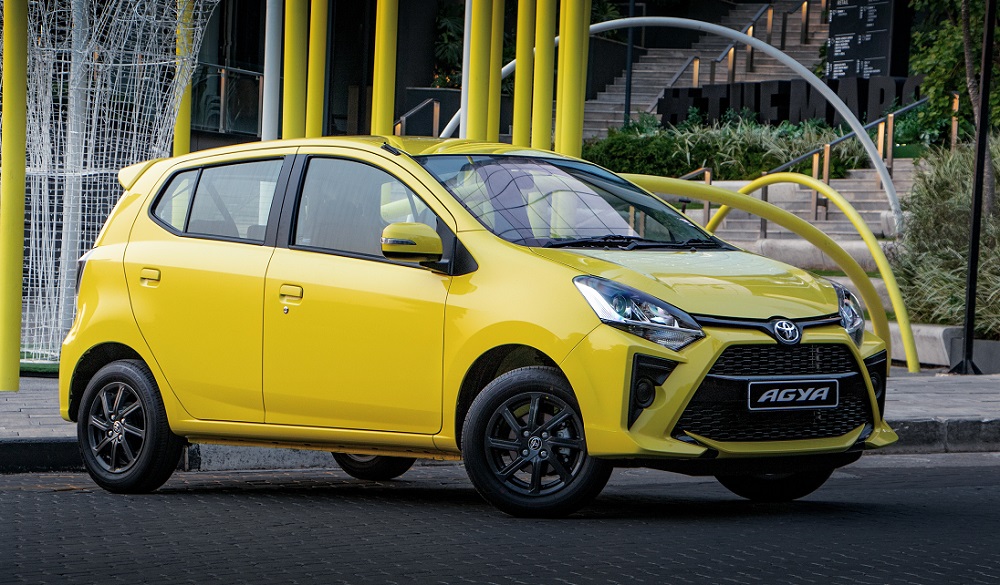 Set to make its official debut later today (25 November), Toyota has gone ahead and divulged complete details of the new Agya on its website.

An unexpected addition teased earlier this month, the Agya, known in the Philippines and Vietnam as the Wigo, made its world debut eight years ago as a rebadged version of the Daihatsu Ayla, but with revisions applied in 2017 and earlier this year.

Made by Astra Daihatsu in Indonesia, the Agya measures 3 660 mm in overall length with a wheelbase of 2 455 mm, height of 1 620 mm and width of 1 800 mm. Compared to the Aygo it replaces once stock runs-out, the Agya is 195 mm longer overall, 185 mm wider and 160 mm taller with the wheelbase increasing by 115 mm. Boot space also improves on that of the Aygo with Toyota claiming 260-litres as opposed to 168-litres. Tipping the scales at 835 kg when equipped with the five-speed manual gearbox and 855 kg with the optional four-speed automatic, the Agya boasts a ground clearance of 180 mm and derives motivation from a normally aspirated 1.0-litre three-cylinder petrol engine that punches out 49kW/89Nm. Combined fuel consumption is rated at 4.8 L/100 km for the manual and 4.9 L/100 km for the automatic with top speed being 165 km/h for the former and 145 km/h for the latter. Respective 0-100 km/h sprint times are 14.6 and 16.3 seconds.

The main difference though is the actual audio itself with buyers having the option of fitting a pre-wired aftermarket unit or opting for the in-house double DIN with Bluetooth and USB. As with all new Toyota models, a 15 GB Wi-Fi bundle is standard across the range as part of the Toyota Connect system.