A more powerful hybrid is set to feature along with a V6 and the all-new 2.4-litre turbo-petrol. 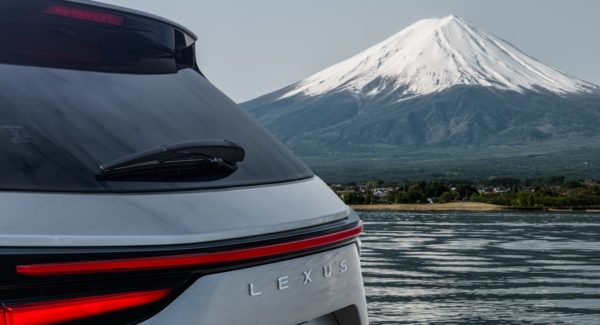 Single teaser of the rear mirrors the look of the Lexus UX.

Initially planned for unveiling in April, Lexus has commenced teasing the all-new NX, now on course to debut on 11 June.

A model of which comparatively little has been said so far, the single teaser image shows the rear facia resplendent with block letter “Lexus” badging as opposed to the marque’s corporate logo, and a full-width LED light bar seemingly derived from the smaller UX.

Based on reports from February this year, the biggest change will be underneath the skin in the form of a switch from the old MC platform to the TNGA-K used by the RAV4, Venza and Harrier. Inside, a reported all-new 14-inch touchscreen infotainment system will feature along with an array of new or upgraded safety and driver assistance features.

Poised to adopt a coupe-like appearance highlighted by Lexus’ latest Spindle Grille, the NX will largely be new underneath the bonnet as well with the biggest talking point being an all-new 2.4-litre turbo producing a claimed 221 kW and reportedly also a normally aspirated 3.5-litre V6.

At the entry-point of the range, the free-breathing 2.0-litre petrol from the RAV4 has also been mulled for introduction, while the current model’s 2.0-litre turbo is likely to continue albeit with revisions.

Still set to once again carry the NX 300h designation, the hybrid is set to attract more attention than before with claims of it being possibly the same plug-in unit powering the RAV4 Prime. In that model, the normally aspirated 2.5-litre petrol is paired to a 62 kW electric motor that translates to a combined output of 225 kW and an all-electric range of 63 km.

Despite the announcement of the reveal and indeed the teaser, don’t be surprised if details or complete snaps appear online in the form of leaks before said date.