GR Sport will once again be the flagship Hilux with a limited production run. 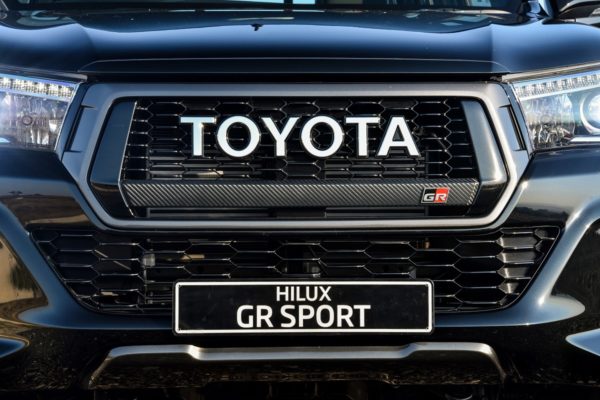 New Hilux GR Sport will once again be a limited edition model.

A weekend report from Japan has seemingly confirmed a claim from last month that the GR Sport moniker will be returning to the Toyota Hilux in October.

According to Best Car, the new GR Sport will follow the same principle as the original that debuted two years ago in that it will receive a Gazoo Racing specific bodykit and bonnet, black 18-inch alloy wheels, GR badges, a GR grille with block letter TOYOTA badging, black mirror caps and tailgate handle, body coloured door handles and cladding around the wheel arches.

Inside, the bespoke touches will consist out of a GR starter button, gear lever and handbrake, imitation leather sports seats with GR branded headrests plus electric adjustability for the driver’s chair, GR badges and paddle shifters for the six-speed automatic gearbox.

Like the previous model, the new GR Sport will have a revised suspension claimed to strike the ideal balance between on-road and off-road performance. Also set to feature are upgraded brakes and brake calipers.

No changes are expected to take place underneath the bonnet though where the upgraded 2.8 GD-6 engine will once again produce 150kW/500Nm hooked to the mentioned automatic ‘box. The venerable 175kW/376Nm 4.0-litre V6 petrol will be the standard option in South America and in other markets where petrol takes preference over the diesel.

At present, the GR Sport is likely to arrive on local shores towards the end of this year or in early 2022 with production set to be limited like the original. Exact confirmation will however be made in due course.

It also set to the final encore for the current generation Hilux that will be replaced either next year or in 2023 with all-new model, which will spawn the long awaited GR Hilux powered by the Land Cruiser 300’s 3.3-litre turbodiesel V6.

Which is better, Toyota Urban Cruiser or Suzuki Vitara Brezza?
4 hours ago
4 hours ago

Which is better, Toyota Urban Cruiser or Suzuki Vitara Brezza?
4 hours ago
4 hours ago