Not the same unit used in the Alfa Romeo Giulia QV, the V6 produces a combined 610 kW. 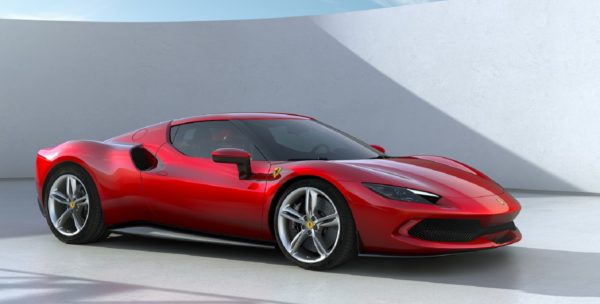 Styling derived from the F8 and SF90 albeit in a stockier design.

A cylinder count not seen in almost five decades, Ferrari this past week revealed the all-new 296 GTB as its first six-cylinder model since the iconic 246 GT Dino.

The latest Prancing Horse to sport the GTB name last used on the 488 that made way for the F8 two years ago, the 296 takes over from the latter as Maranello’s new entry-level model with the promise of redefining the “whole concept of fun behind the wheel”.

Featuring a design similar to its sibling albeit with shorter front and rear overhangs, the 296 GTB measures 4 565 mm in overall length with the wheelbase coming to 2 600 mm, the height to 1 187 mm and the width to 1 958 mm.

Styled to resemble not only the F8 but also the SF90 Stradale as well as the iconic 250 LM, the 296 is made mostly out of carbon fibre with the stockier looks compared to the former being as a result of aerodynamics. 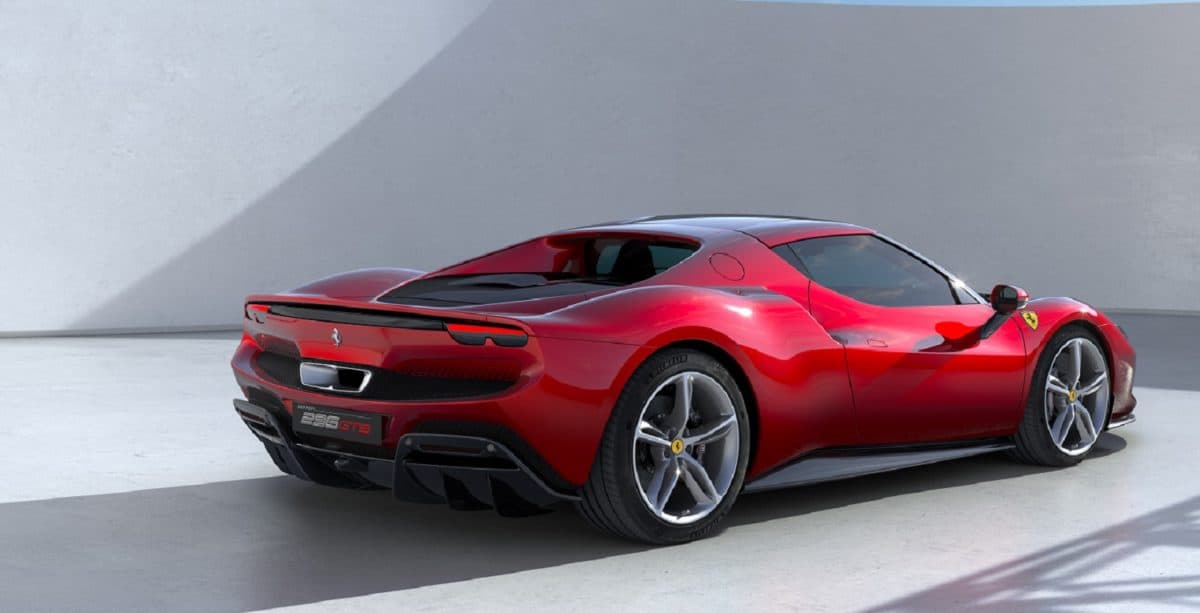 Equipped with a LaFerrari style active rear spoiler that works in conjunction with the rear diffuser, the 296 GTB is said to produce 360 kg of downforce at 250 km/h with an additional 100 kg being provided in high downforce scenarios.

Boasting the same 398 mm at the front and 360 mm at the rear ventilated so-called aero brake calipers at the SF90, the 296 features a tee-try front splitter underneath the bumper that is claimed to aid cooling without the need for sealing the underbody entirely to improve aerodynamics.

Based on an aluminium chassis and further fitted with Ferrari’s latest Side Slip Control system as well as the now trademark magnetorheological dampers, the 296 receives the Scuderia’s latest ABS braking system and traction control that features brake-by-wire technology aimed at improving braking “without neglecting efficiency when braking lightly”.

Supplementing the exterior, the interior takes after the F8 and SF90 with a wraparound style dashboard and secondary readout display on the passenger side. It also comes with the latest Ferrari steering wheel featuring the now obligatorily Manettino dial with four modes; eDrive; Hybrid, Performance and Qualify, all an indication of what lies in the middle. Interior a further nod to the F8 and SF90

The hint additionally provided by its name, the 296 is powered by a brand-new twin-turbocharged 120-degree 2.9-litre V6 engine that produces 488 kW on its own, but which has been paired to a 122 kW electric motor driven by a 7.45 kWh battery housed within the eight-speed dual-clutch gearbox that allows for an all-electric range of 25 km at speeds up to 135 km/h.

In addition to the standard model, the 296 GTB can also be fitted with the Assetto Fiorano package that ditches the door panels and rear window for a Lexan plastic screen while also bringing a revised front bumper, adjustable Multimatic shock absorbers and special Michelin Pilot Sport Cup2R tyres wrapped around the 20-inch alloy wheels the standard models comes with.

Cutting the overall weight by 15 kg with carbon fibre and deletion of certain creature comforts inside being applied, the Assetto Fiorano also receives the option of a special silver and yellow paint finish that featured on the 250 LM.

Going on sale later this year, the 296 GTB has so far not been confirmed for South Africa, but expect an announcement to be made in due course. Despite pricing being unknown, it is anticipated to undercut the sticker price of the F8 that retails from R5 505 500. 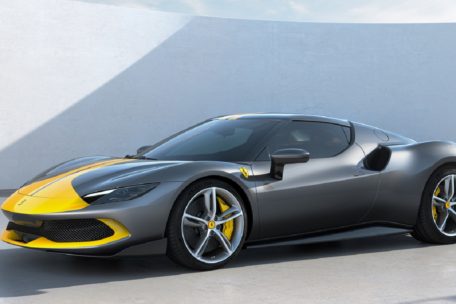 1/4
Special paint finish only offered with the Assetto Fiorano package. 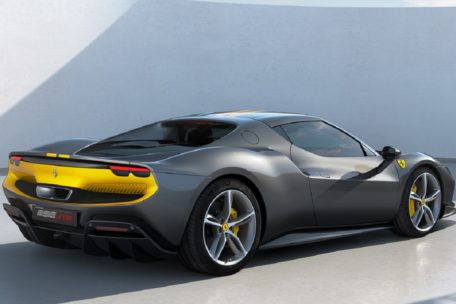 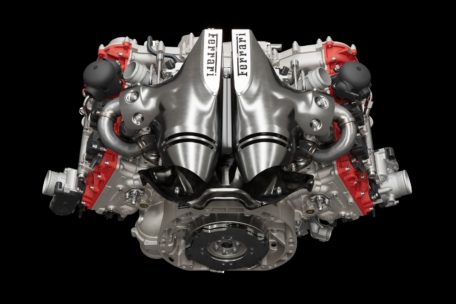 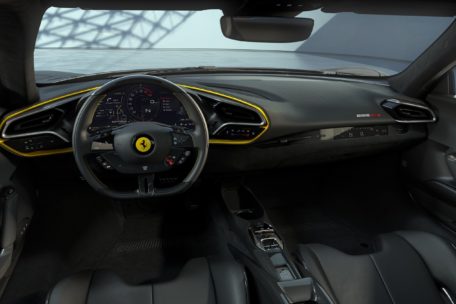