Eagerly awaited, the three-pedal option could debut paired to the upgraded BMW-sourced 3.0-litre B58 straight-six engine. 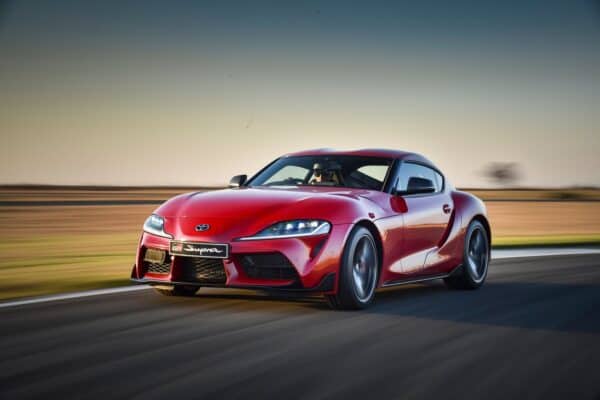 Confirmation of the Supra being a manual gearbox recipient could also open the door for the upgraded 285 kW engine.

With three years having passed since its long awaited return, Toyota has officially set the record straight on a looming question surrounding the GR Supra.

The topic of much speculation before and even after its debut, the South African arm of the Japanese automaker, at last week’s State of the Motor Industry Conference at Kyalami, confirmed the availability of a manual gearbox from later this year.

Despite no further details being divulged, the announcement ends a series of contradicting reports dating back to 2018 when Supra Chief Engineer, Tetsuya Tada, told Autoblog that a three-pedal Supra wont’ be offered due to an apparent lack of interest.

Months later, Supra Assistant Chief Designer, Masayuki Kai, told now defunct Australian publication, caradvice.com.au, that a manual gearbox had been developed and that it would only be introduced based on market feedback, comments Tada later acknowledged to autoguide.com on the sidelines of the North American International Auto Show in Detroit.

“I’m very aware of the requests and needs for a manual transmission out there, but with the new sports automatic transmission, I am very satisfied with the results of the performance of this transmission system,” Tada said.

“If there is a persistent, overwhelming demand still for a manual transmission, a sports car in itself [will] inherently improve and to continue to improve when those kinds of things will be considered. Obviously, if the mass market demand is there, it would be something that would have to be considered”.

The confirmation, which comes on the back of a report by thedrive.com in January this year, is otherwise tainted as details surrounding its application remains shrouded mystery.

At present, the ‘box is expected to debut as the standard option connected to the BMW-sourced 3.0-litre straight-six B58 turbocharged engine, with the existing eight-speed automatic becoming the option.

As Toyota has already ruled-out the inclusion of the smaller 2.0-litre turbocharged engine offered in Japan and Europe for South Africa, the arrival of the ‘box could potentially coincide with the availability of the upgraded straight-six that gained a bumper in power from 250 kW to 285 kW two years ago.

Another possibility is it being made available on the reported GRMN version, which is slated to bow next year powered by the same 3.0-litre S58 engine as the BMW M3/M4 Competition, albeit with more power.

For the moment though, little else about the transmission is known, however, expect matters to be become clearer in due course.