In the likely absence of the tiny Casper, the Venue is set to resume duty as Hyundai's smallest SUV when it comes to South Africa. 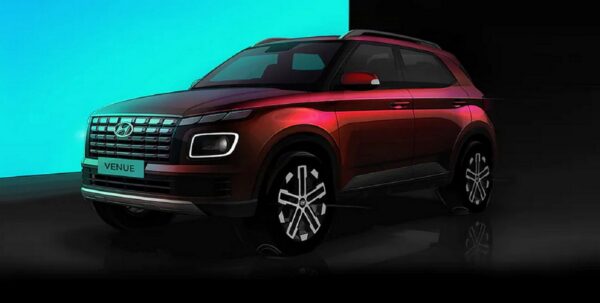 Its world debut having taken place already three years ago, Hyundai has detailed the exterior of the heavily updated Venue ahead of its 16 June official rollout in India.

More than likely on-track to be offered in South Africa, possibly before the end of the year, the mid-life changes are extensive and involve a new grille with a chrome block pattern and gloss black surround.

Despite retaining the split headlight design, the upper indictor pod has been lengthened and “embedded” into the grille to resemble a flush appearance. Redesigned is the bumper and the satin silver skidplate, positioned below the new full-width lower air intake.

The biggest changes have, however, taken place at the back, where Hyundai has redesigned the facia to incorporate new light clusters connected by a LED light bar that runs the width of the tailgate.

Continuing the rectangular theme is the black centre section of the bumper housing the numberplate, contrasted by the stacked reflectors on the flanks.

As at the front, a faux skidplate in satin silver is located underneath the bumper itself, with new alloy wheels rounding the exterior off.

Based on reports from India, the Venue’s interior will benefit from a new infotainment system, a digital instrument cluster on higher-end models and more than likely, tweaks to the specification sheet depending on the trim level.

For markets outside India, the Venue employs a normally aspirated 1.6-litre petrol, whose 90kW/154Nm is also unlikely to be altered.

Set to once again feature on the 1.6 is the mentioned manual or the Intelligent Variable Transmission (IVT), Hyundai’s moniker for a CVT.

On track to go on sale in India soon after being revealed, expect the facelift Venue to command a small premium over the current model’s R266,500 starting price when it eventually touches down in South Africa.