A report in the Cape Argus gave pause for thought last week. The Cape Town traffic department has decided to "clamp down on modified cars as part of their actions against illegal street racers." 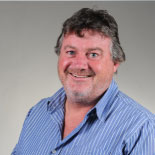 Apparently the city’s traffic officers have been stopping cars they saw as having being modified and removing their licence disks, forcing the owners to re-roadworthy their vehicles and suffer other expensive inconveniences.

At about the same time I read that the same DA regime had impounded about 60 vehicles belonging to Uber drivers on the grounds that they did not have the requisite permits.

In both cases it would appear that there was no actual question of a threat to the safety of road users.

The pretext of this is to curb illegal street drag racing. To be sure this is a dangerous activity not to be encouraged. However of the more than one thousand people who die on our roads each month, illegal street drags are responsible for a minute percentage.

Traffic department spokesman Richard Coleman told the Argus that regulations stated no modifications could be made to any vehicle that was not specified by the manufacturer, and that all work on cars had to be done by individuals or organisations who carried a letter of authority regarding the specific car.

Even seemingly simple modifications, such as wider or larger wheels and tyres, larger exhausts, or any fittings not clearly specified by the car’s manufacturer may now have a motorist running the risk of having a car declared unroadworthy.

Essentially, no modifications were legal, including lowering a car or changing the wheel size, he said.

He sounds more like a spokesman for the automotive manufacturing industry, who must be rubbing their hands in glee at the prospect of one of their greatest headaches, the aftermarket parts industry, being curtailed at taxpayers expense.

Most aftermarket parts and accessories, used correctly, pose no safety hazard at all. In fact a growing part of the manufacturers’, or Original Equipment Supplier’s business is the equivalent of aftermarket modifications. Cape Town has decided effectively to pronounce on who may and who may not make money out of this huge trade.

When it comes to the crackdown on Uber, the taxi industry must be jubilant as the greatest threat to their business, this online ride service, becomes bogged down in red tape, again at the expense of the consumer.

The common thread is that in both cases commercial interests are being served first.

Could the DA be revealing their economic colours at the expense of motorists?