Revealed: What the colour of your car says about you

Survey found that colour influences the decision of 31% of all buyers. 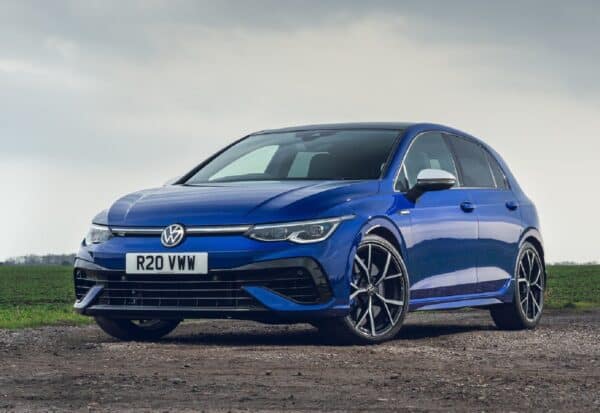 Arguably one of the biggest factors involved when buying a new car, regardless of price, performance or features, is the choice of colour.

A process often billed as a “make or break decision”, the endless assortment of hues, never mind their often questionable denominators – Eruption Green, Phoenix Yellow, Celestial Blue and Red Hot, to name but a few –  rewards those willing to look beyond the traditional silver, white, black and grey, with an eventual look bound to leave a lasting impression.

In addition, colours have also become synonymous with a specific brand or model in recent years, such as BMW’s Snapper Rocks Blue, Audi’s Navarra Blue and Nardo Grey, British Racing Green on any Land Rover, Jaguar and Mini, Rosso Corsa for anything Italian and Lapiz Blue most commonly found on Volkswagen’s R models.

As such, a new survey by UK vehicle financer, carmoola.co.uk, has shed more light on motorists’ colour preference for new cars, by revealing what the eventual decision says about your personality.

Based on ten of the most selected car colours in Britain, the study found that 31% of buyers select a vehicle purely based on the available hue from the provided chart.

“Buying a new car is one of life’s greatest pleasures and the colour of the vehicle is clearly going to play a part in that,” Carmoola CEO, Aidan Rushby, said.

“Manufacturers are constantly making subtle changes to the colours of their vehicles although the core colours remain the same because they sell so well. But there is a deeper meaning to our choice and many elements come into play.”

Accordingly, the firm has made the following conclusions regarding vehicle colour preferences:

The third most popular hue in the UK, driving a white car signifies a clean, pure and unblemished appearance, in addition to appealing to drivers wanting calmness, simplicity and clarity.

Officially the most selected colour in the UK, the study defines drivers of black cars as perfectionists who want to be in control and view themselves as sophisticated, unwilling to comprise and even glamorous or mysterious

Second behind black, drivers who go for grey cars are seen as measured, conservative, unruffled and wanting a life below the radar instead of being at the centre of attention.

Fifth on the list, silver is said to represent prestige, an appreciation for life’s finer things and to approach matters in a measured way without wanting to spend much, or be seen as flashy.

Ranking sixth, red goes hand-in-hand with confidence, wanting to be the centre of attention, outgoing, willing to take risks and unfazed by standing out.

Ranking fourth, blue, in its darkest form, is claimed to represent someone who is approachable, logical, focused, rational, knowledgeable and trustworthy.

In its lighter shade, drivers are deemed easy goers, positive thinkers and mentally at ease with themselves.

Placing tenth behind brown, whose definition received no explanation, drivers of yellow cars are described as the obligatory “ray of sunshine” i.e. always happy, positive, cheerful and optimistic.

The seventh most common vehicle colour in the UK, orange is said to represent a fun, outgoing personality, as well as a sociable person wanting to bring happiness to the lives of others.

Positioned behind orange in eighth place, drivers of green cars are thought to be wise, mature and with a sense of nostalgia, while also having an element of grandeur.

As a comparison, a study by AutoTrader in 2020 named white as the most popular colour in South Africa, followed by silver, grey, blue, red, black, gold, orange, beige and brown.

Additional information from dailymail.co.uk and thesun.co.uk