When the hammer fell at the auction of Kyalami Grand Prix Circuit on July 24 last year, motorsport fans, both locally and internationally, breathed a sigh of relief. 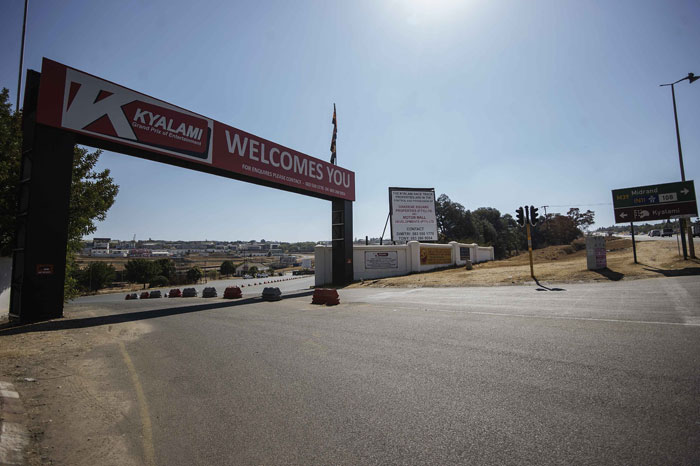 FILE PICTURE: A general view of the Kyalami race track main entrance on July 23, 2014 it will go up for auction in Johannesburg, South Africa. The circuit hosted its last international competition in May 2010 with the sixth race of the World Superbike Championship. AFP PHOTO/GIANLUIGI GUERCIA

The reason for their optimism was simply that a man with a passion for motorsport had rescued the historic venue from the brink of imminent demise. Toby Venter, the well-known and respected motor business entrepreneur, visionary and successful race car driver, was the man behind the successful final bid.

The current circuit has, over time, grown to be respected as a track with interesting changes of elevation and some challenging corners. Clearly lacking was a longer straight, ending in a tight corner. It was also clear the tar surface of Kyalami that had been in place since the early nineties, needed to be replaced.

Expert teams set about working on plans for the best solutions to this challenge, and FIA Safety Delegate Charlie Whiting paid a visit to Kyalami recently. After a thorough track inspection and valuable advice the circuit and safety changes were given the blessing of the FIA.

The revised circuit will once again revive those great turn names. After the start line, the circuit drops into a new Turn 1, once again a full speed corner, to be named The Kink.

The circuit will then run over a new subway and past the high speed tower into the new Turn 2.

Turn 2 will be named Crowthorne, with its new spectator area providing a great view of the new section of the circuit.

After leaving Crowthorne, the circuit will drop down with a series of two right and left handed curves named Jukskei Sweep.

The circuit then joins the current layout with new Turn 5, now named Barbeque.

The back straight, running past the refurbished secondary pit complex, forms part of the original circuit layout. As a result, turn names will return with Sunset followed by Clubhouse, the Esses and Leeukop.

The circuit then drops steeply downhill into a fast left hand sweep. This very fast section will retain its name as the Mineshaft.

The new Turn 13 will follow after an extended straight, rising up on to a platform, its wide entry providing a great overtaking opportunity. This new corner will be called The Crocodiles. The corner rejoins the circuit with a slight left hand sweep into the second to last corner, which will retain its current configuration.

This very fast sweep, which requires great bravery to negotiate at speed, will be called Cheetah.

Turn 15 will be retained in its current form, but will now be called Ingwe (the Zulu word for leopard), another African cat with stealth. The lap finishes with an uphill section to the start/finish line.

It is expected the circuit will be reopened between end August and September. The vast scope of the changes will ensure this project will represent the single largest upgrade in the circuit’s 54-year history.