Get ready for a fun road trip in a Volkswagen Kombi

This baby bus had enough packing space and leg space for the trek to Mozambique. Driving to your holiday destination can sometimes feel something of a chore. But if you have a Volkswagen Kombi T6, it turns into a fun and hospitable road trip. And so it was that six of us, all adults, piled aboard our short wheel base 103Kw Trendline and headed off for Inhambane in Mozambique. The trip had been planned months in advance, and the baby bus was abuzz with excitement.

As we were slightly uncertain of the state of our accommodation, which had been hit by the hurricane just a month before, we had decided not to travel too light. So much of the short wheel base vehicles rear packaging space was occupied by a 12V freezer that we decided to haul along a trailer for the sake of comfort.

A sound decision, as by the time we had packed, it too was full. So with about 750kg trawling along behind us, we headed for Komatipoort. The Kombi handled this with aplomb. Maintaining the speed limit was a breeze – indeed one had to concentrate hard on not exceeding it, all while achieving fuel consumption of fraction – ally better than 10l/100km from the two-litre TDI engine.

The Kombi is equipped with aux and USB jacks, as well as an SD card slot. So everyone was able to enjoy their favourite tracks. Heading off early on day two, we crossed the border and got our first taste of travel in Mozambique.

The tar road to Inhambane is heavily populated and, as a result, speed limits ranging from 60–80km/h are strictly enforced. Unfortunately, they are not quite as exuberantly announced, and it required intense concentration to stay abreast of where one stood in this regard.

Toss in the cattle goats and potholes, and driving could prove quite taxing. This is when the ad – vantage of travelling in one vehicle showed a huge advantage as we could change drivers frequently. Despite this, we still managed to pick up one traffic fine: a R350 stop/go penalty, which would apparently have been slashed to a R100 had we not opted for a receipt. KFCs are few and far between in Mozambique, and so hard cash counts. A Kombi is ideal for a beach holiday as it is littered with storage receptacles for sunglasses, sun lotions and sea shells. The sliding doors either sides of the passenger compartment make jumping in and out easy even for those of us for which the march of time is starting to take its toll.

In addition, our Kombi was fitted with a vinyl floor rather than the more conventional pile. This meant that the inevitable accumulation of sand could be easily dispelled with a simple air pump or brush. The trip to Inhambane had taken much longer than expected and so it was decided we would leave at 5am.

The sturdy front cup holders proved invaluable as they cosseted the lifesaving coffee mug that is the only defense against having to be awake as such an unearthly hour. The wonderful aspect of the spacious vehicle is that each couple had an entire bench seat so that when the ravages of an early start were felt later, one could lie down using your partner’s leg as a cushion and have a snooze. 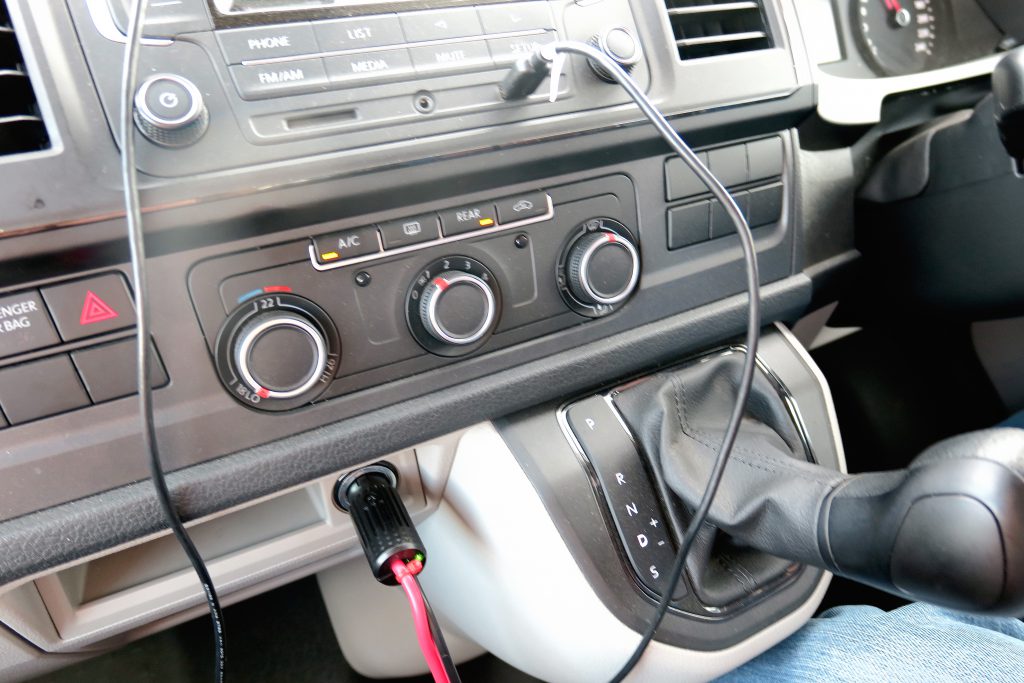 Mozambique is in the process of constructing a ring road around Maputo – a project which slices hours of a trip north by avoiding the city’s congested streets. It is a first-class dual carriageway that appears almost complete, but for a section about 2km long.

Unfortunately, our TomTom had no idea of how to circumnavigate this short-cut as it changes as the construction progresses.

However, where the road ended, a crowd of excited children greeted travellers, offering to guide them through the shanty town that borders the work in progress. We were fortunate to engage the services of a budding Valentino Rossi who guided us through the residential labyrinth in no time. Valentino had saved us at least 2 hours.

The trip through the shanty town was more akin to a 4 x 4 course than a suburban cruise and I was grateful for the slick shifting 7 speed DSG gearbox that allowed me to focus my attention on Valentino. Lose Valentino and we would probably still be asking for directions. We reached our overnight stop in Marloth Park with plenty of time to spare and went on a game drive. 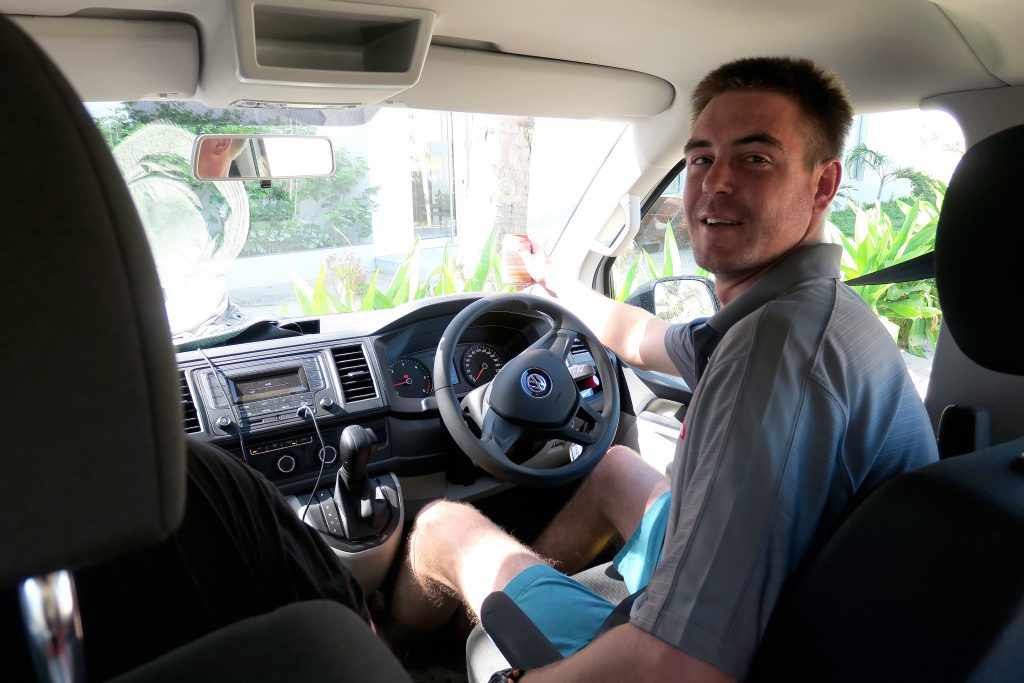 The Kombi’s massive front windscreen and generally all-round good visibility meant we could enjoy every last minute. The journey home is seldom as exciting and we were grateful for the Kombi’s frugality which enabled us to complete the day with just one splash and dash fuel stop.

We were welcomed back to South Africa by having to reverse out of the toll lane with a trailer, unassisted by tollgate staff, as their systems went offline and we could not use our e-tag. I was grateful for the generous side mirrors that allowed me to easily monitor the trailer’s trajectory.

German engineering and large vehicles like the Volkswagen Kombi do not come cheap. Our unit lists at R561 900, so for most it will need to fulfill several roles. And this it does excellently.

It is easy enough to drive in every day urban conditions, yet its running costs are in line with a large sedan, while offering infinitely more space and a commanding seating position for all.