Nissan Australia pushing for Titan to become a RHD reality

Having last week indicated that he has not given up on a Navara to rival the Ford Ranger Raptor, the Managing Director of Nissan Australia has now set his sights on an authorised right-hand-drive (RHD) conversion division aimed at the North American Titan pick-up. Last year, the Japanese automaker backtracked on its initial comment that the Ford F-150, Ram 1500 and Chevrolet Silverado 1500 rival won’t be offered in RHD, saying that the steering gear could find its way on the right when the next generation arrives in a few years’ time.

“We have that intention to take Titan beyond the North American market and yes we have started seriously in several markets we’re entering but I can’t tell you which ones we’ve started and where it’s going or not. Even if there is no volume and there is a need and a business opportunity, you know [we could build in right-hand drive],” Nissan Chief Product Planning Manager, Pedro de Anda, told drive.com.au at the time. 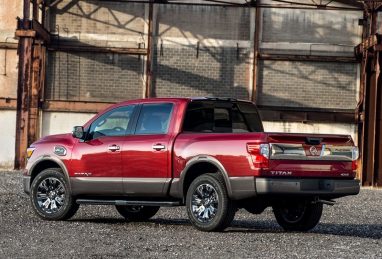 In the latest development however, MD Stephen Lester said an opportunity has presented itself as no other country produces the Titan in right-hand-drive.

“The reality is we are going to keep working and fighting on this because I think there is tremendous opportunity and I will continue to talk to the global team about the fact others are taking that opportunity [local conversion],” Lester told motoring.com.au. 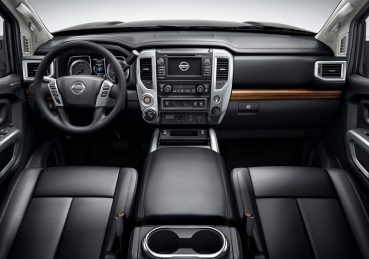 “My view is not listening to the immediate objections of people to suggest that we shouldn’t do it, but rather to find solutions for those opportunities. And I think here in Australia we are more than capable as a country to overcome those things and get it done. We will continue fighting”.

According to the online platform, an unnamed Melbourne-based engineering firm has already been approached as the possible partner to convert the Titan to right-hand-drive with the full-approval from Nissan, which will allow it to compete with the Silverado and the Ram, both of which are converted by the Walkinshaw Automotive Group under the Holden Special Vehicles and American Special Vehicles banners with the approval of General Motors and Fiat-Chrysler Automobiles. 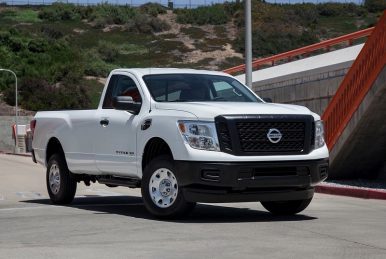 In North America, the Titan, which is built at Nissan’s Canton Plant in Mississippi, comes in three bodystyle; single cab, King Cab and Crew Cab with a choice of two engines; a normally aspirated 5.6-litre V8 producing 290kW/534Nm and a Cummins developed 5.0-litre turbodiesel V8 that develops 230kW/752Nm in the Titan XD. Transmissions are a seven-speed automatic in the petrol and a heavy-duty six-speed self-shifter in the case of the diesel. Last month, is was reported that Toyota Australia has also not given up on lobbying for RHD versions of the Tacoma and Tundra, while Ford, after the introduction of its 3.0-litre Powerstroke V6 diesel engine last year, could re-introduce the F-150 to RHD markets when the next generation debuts in a couple of years’ time.