Toyota Hilux GR Sport as windgat as a Hilux can get

With Toyota only making 600 units of the Hilux GR Sport available in South Africa, there is no point going into too much detail as all of those are probably already been sold. GR Sport is the second tier in the GR-product pyramid, which encompasses suspension upgrades and cosmetic enhancements, meaning it shares the same 2.8 GD-6 turbodiesel engine with the Legend 50, which delivers 130kW450Nm and is mated exclusively to a six-speed automatic transmission. Although Toyota insists this bakkie isn’t a rival for Ford’s Ranger Raptor, the upgraded suspension does distinguish itself from your average double cab. The shock absorbers have been changed to a monotube design with revised damping, working in conjunction with increased front spring rates to offer a sportier ride without sacrificing ride comfort.

The end product is a ride offering greater off-road handling and steering, enhanced off-road body control and sharper on-road steering feel. And we can confirm all of the above after spending a week with our test unit. 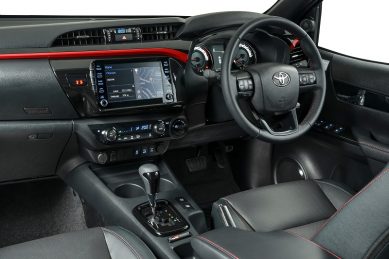 Throw in aesthetical appeasing elements like the big Toyota lettering on the front grille, a black bonnet and roof, GR Sport 17-inch alloy wheels along with black leather interior featuring GR Sport logos everywhere and a branded production plate and you have what South Africans love: a windgat bakkie. 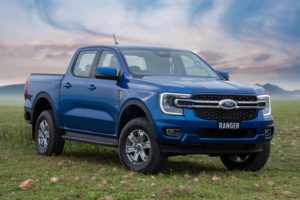 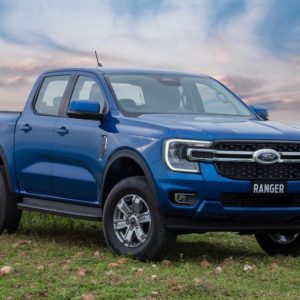