Granvia will carry the Quantum VX designation and slot-in above the mid-range GL as the new flagship derivative. 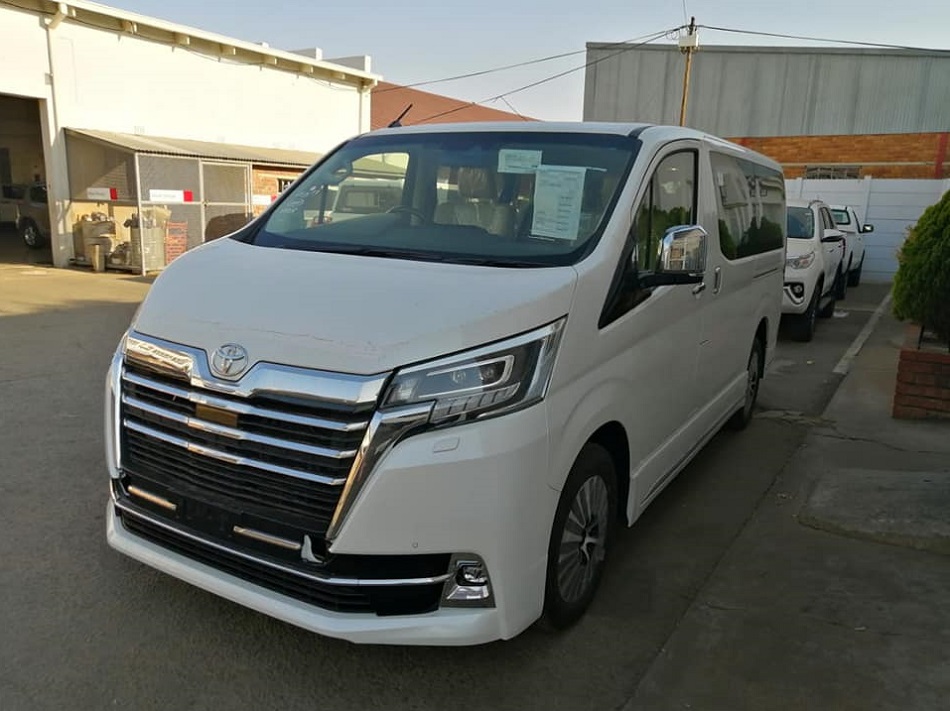 A South African Toyota dealership has all but confirmed that the upmarket version of the all-new HiAce, the Granvia, will be sold in South Africa after posting images and indeed a product video of it on its Facebook page.

Initially reported as being limited to Australia where it will replace the Tarago, otherwise known as the Previa, that goes out of production at the end of this year, the Granvia, as is the case with the HiAce being once again badged as the Quantum in South Africa, will carry the VX designation and slot-in above the mid-range GL as the new flagship derivative.

Based on the images, the VX, like the Granvia, comes with a completely redesigned front facia versus that of the ‘regular’ Quantum, in the form of a reshaped chrome grille, different headlights with integrated daytime running LEDs, chrome mirror caps and door handles, a deep lower front airdam, alloy wheels, a chrome strip at the base of the doors, chrome detailing on the tailgate and chrome fog light surrounds.

The interior meanwhile appears to feature a six-seat layout in the case of the model pictured, with the second row consisting out of two captain-style chairs boasting electrical adjustment. As well as wood inserts on the doors, a single image of the dashboard shows a touchscreen infotainment system with satellite navigation, as well as a climate control, push-button start, traction control and an interior light button inscribed with the word ‘color’ suggesting a form of ambient lighting. 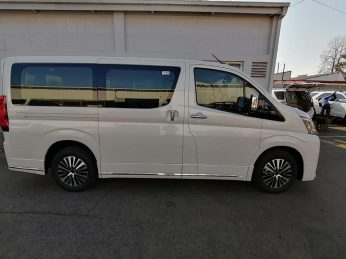 Although it is stated in the accompanying post that the VX will offer seating for nine whereas the Granvia VX will have eight-seats, the biggest departure from the standard Quantum is the presence of an automatic gearbox, a local market first since the Quantum name replaced the HiAce 15 years ago. Previously though, the third generation HiAce was offered with a column mounted four-speed automatic ‘box in top-spec Wagon guise. 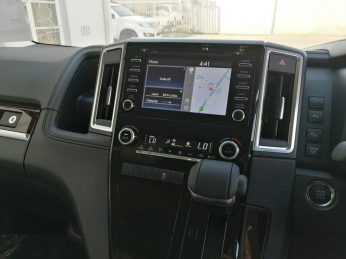 While no technical details were divulged, chances are that the VX will come with the same engine as the GL, namely the 2.8 GD-6 that produces 130 kW and, as indicated by the auto ‘box, likely to be the familiar six-speed that does duty in the Hilux and Fortuner, 450 Nm.

At present, it is unknown whether the six-speed manual will be offered, while a definite no-no is the 206kW/365Nm 3.5-litre V6 available in the Granvia. As with the rest of the Quantum range, drive will go to the rear wheels only as the all-wheel-drive option offered in Japan is not expected to be made available locally. 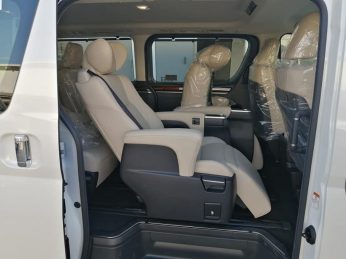 Set to take on the Hyundai H-1, Ford Tourneo Custom and the Volkswagen T6 Caravelle, pricing for the Quantum VX has not yet been established, although according to the published product video, it will be released sometime this week at which point more details will emerge. However, given that pricing for the Quantum GL tops out at R616 500, expect the VX to come in at around the R650 000-R700 000 mark.