After a production run of nearly 10 years, Toyota has officially revealed the all-new fourth generation Yaris in both European and Japanese market guises.

Set to go on sale next year, the latest iteration of Toyota’s B-segment hatch, known as the Vitz in Japan, debuts the all-new GA-B version of the TNGA platform previewed last month, which has resulted in a 50 kg drop in weight over the old B-platform underpinned model.

Measuring 3 940 mm in overall length with a wheelbase of 2 550 mm, height of 1 500 mm and width of 1 695 mm, the Yaris is 50 mm longer in wheelbase and wider by the same amount in width than its predecessor, but with a 40 mm gain in height and five millimetre lose in overall length, but according to Toyota, is 30% more rigid due to its new platform. 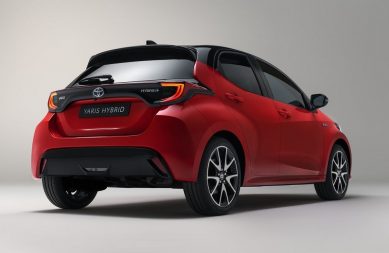 As well as the new architecture, the Yaris also introduces Toyota’s latest design language, dubbed B-Dash that centres around five elements; Bold, Brisk, Boost, Beauty and somewhat oddly, Bullet. Boasting a more aggressive appearance than any past generation with rounded curves, wider wheel arches, a more pronounced grille, C-pillar profile similar to the C-HR and rear facia design that mirrors the crossover, the Yaris, in Vitz form, will also have the option of two new colours; Ice Pink Metallic and Coral Crystal Shine as well as six other hues contrasted with a white or black roof.

Inside, the Yaris’ interior takes after that of the RAV4 and Corolla with a similar design and layout, highlighted by the freestanding touchscreen infotainment system, a brand-new digital instrument cluster, a model first ten-inch colour Heads-Up Display, upgraded materials and a model specific steering wheel that is smaller for claimed improved visibility.

Depending on the model and spec, the Yaris has been significantly improved in the tech department with items on offer consisting of a wireless smartphone charger, ambient lighting and a heated steering wheel, while on the safety front, the Safety Sense suite of features includes Intelligent Adaptive Cruise Control with Lane Trace Assist, a world first centre airbag, Rear Cross Traffic Alert with Auto Brake, Pre-Crash Sensing with Pedestrian Detection and Advanced Park Assist. 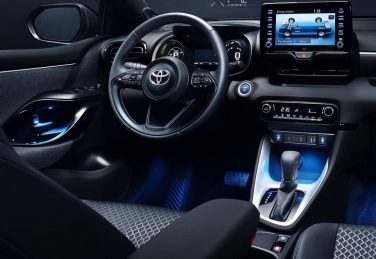 Up front, the Yaris, in Europe, will be powered by a choice of three engines; a 1.0-litre three-cylinder or 1.5-litre four-cylinder petrol, plus a 1.5-litre hybrid that is claimed to be closely related to the bigger 2.0-litre and 2.5-litre motors offered in the Corolla, RAV4 and Camry. No further details were revealed.

In Japan, the Vitz will have the same choice of engines, but with the option of four-wheel-drive on the latter petrol, while a new E-Four all-paw gripping system can be had on the hybrid. A total of three trim choices will be offered; X, the 1.0-litre only M, G and Z with the latter pair coming standard with a six-speed manual gearbox on the 1.5. A CVT is employed on the remainder of the Vitz range.

Despite its availability in the key mentioned markets mentioned, it remains to be seen whether the new Yaris will come to South Africa after the European model’s axing two years ago in favour of the Thai sourced version.