Z-car heritage will never be abandoned Two of the oldest models within their respective segments having debuted in 2007 and 2009, Nissan has once again stated that replacements for the GT-R and 370Z will be unveiled in the coming years.

In an interview with Autocar at the Tokyo Motor Show, Nissan Global Vice-President of Strategy and Product Planning, Ivan Espinosa, said both remain “at the heart of Nissan” and that “we are actively looking at and working on them”.

“I can’t share what but that doesn’t mean we’re not working on them. Nissan is about exciting cars,” he said, before adding that buyers could “expect something soon” without going into any further details.

Commenting mostly on the 370Z, which received a mild facelift two years ago and which has seen a number of special edition models added in the United States such as the Heritage Edition last year and the 50th Anniversary Edition earlier this year, Espinosa, in an apparent swipe at the Toyota Supra, said that while Yokohama is keen on collaborating with other manufactures, “there are some elements you can’t play with as these are brand icons”.

“There is a limit to what you can share and commonise, with expectations not to go beyond what customers expect from a brand. There are challenges and difficulties that will force us outside to look at different options but they are important to us,” he said. 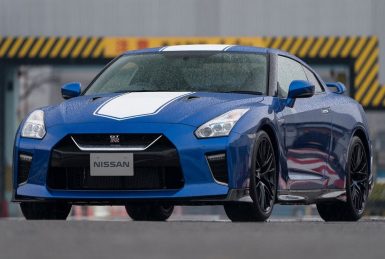 His comments comes after Japanese website response.jp reported in March last year that the next 370Z will be the latest joint venture model developed with Mercedes-Benz, whose partnership with Nissan has already resulted in the X-Class, the Renault Kangoo-based Citan van and the M139 1.3-litre turbocharged engine powering the A-Class sedan and hatch, the B-Class, CLA and the forthcoming GLB.

At the same event, Nissan Global Senior Vice President for Design, Alfonso Albaisa, reaffirmed comments made in December last year to whichcar.com.au that the Z-car heritage will never be abandoned.

“The Z is the car that democratised sports cars back in the ’60s. Before that, you had to have the money to buy a Porsche or Jaguar. The current car has been a long time in the dealerships and so you can imagine the designers working on a successor, even if I am not going to confirm it,” he said.

This also stands in-line with comments made in January last year by Chief Planning Officer Philippe Klein, who told Automotive News that, “We’re working on it and it’s very present, but I have no indication to give you. The Z is a difficult market, but we still believe there is a place for the Z and we want to keep it alive, and that’s what we’re working on”.