GP comes powered by the same 2.0-litre turbocharged engine as the Coopers S and JCW, but revised to produce 225 kW/450Nm 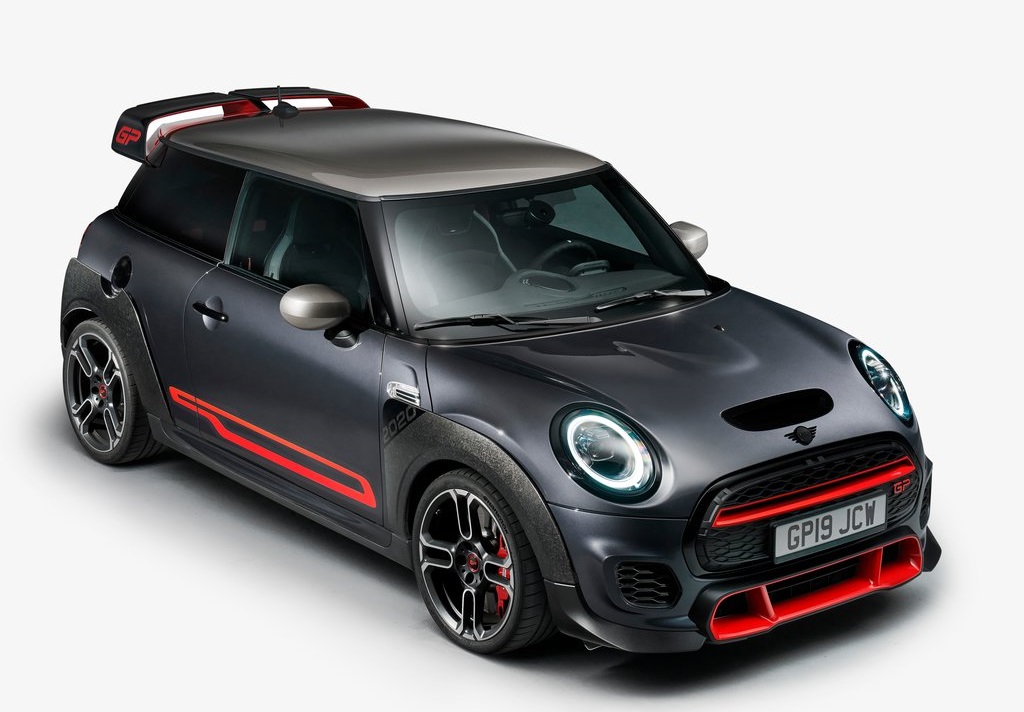 With the Los Angeles Auto Show in full-swing and having already seen the public debut of the all-electric Ford Mustang Mach-E, Mini has unveiled its fastest and most extreme model in the City of Angles in the form of the John Cooper Works (JCW) GP.

Teased some five months ago, and returning after a five year hiatus, the latest JCW GP  not only  serves as the mentioned fastest Mini to date since the marque’s establishing by BMW nearly two decades ago, but also the most radical in that it only comes with two seats. 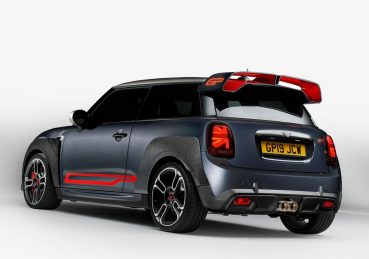 Underneath its skin lies the biggest changes with the most prominent being a new suspension system. Developed at the Nürburgring, the setup involves retuned springs, a multi-link rear axle, a 10 mm drop in ride height, a single-joint front strut configuration, increased camber on the front wheels, stiffer rubber bearings, new ball joints, dampers and stabilisers, recalibrated electric power steering and a dedicated GP mode that works in conjunction with the mechanical locking differential.

Riding on 18-inch forged lightweight alloy wheels wrapped in 225/35 R18 rubber, the GP also boasts a new cooling system with two external coolers, a straight-piped exhaust with dual outlets finished in brushed matte stainless steel and an upgraded brakes made up of a four-piston caliper at the setup and single floating caliper setup at the rear with the ventilated Chili Red front discs being made out of aluminium and measuring 360 mm. 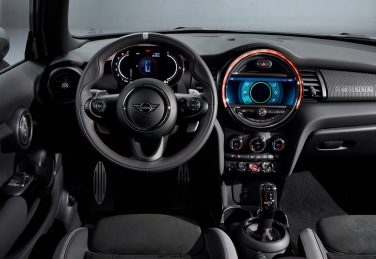 Up front, the GP comes powered by the same 2.0-litre turbocharged engine as the Coopers S and JCW, but revised to produce 225 kW or 306 PS with torque rated at 450 Nm. In a departure from previous generations however, the six-speed manual gearbox has been dropped in favour of an eight-speed Steptronic. With drive continuing to be routed to the front wheels, Mini claims that the 1 255 kg GP will accelerate from 0-100 km/h in 5.2 seconds and reach a top speed of 265 km/h.

As with previous GPs, production will be limited, in this case, to 3 000 units worldwide with pricing in the United Kingdom from £33 985 (R649 783). Expect the JCW GP to become available in South Africa sometime next year.