Around two-thirds of the expected volume will be centred on two as-yet-unnamed platforms for small and compact vehicles. 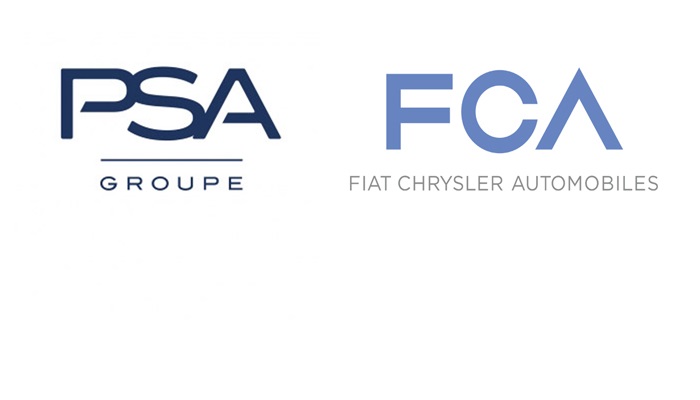 Less than two months after negotiating talks became apparent, Fiat Chrysler Automobiles (FCA) has officially confirmed that it has entered into a 50/50 partnership with the PSA Group in creating the fourth largest automaker in the world.

In a move that will also see the Italian/US and French companies become the world’s third in terms of revenue, the merger will involve the sharing of various platforms to save costs of around €3.7-billion (R59.2-billion), balance each division’s product portfolio, develop new models, engines and technology, focus on personal mobility and achieve emissions targets among others.

Somewhat interestingly, around two-thirds of the expected volume will be centred on two as-yet-unnamed platforms for small and compact vehicles that will account for the production of some three million vehicles per year.

As previously alluded reported, the merger will result in annual production of 8.7-million vehicles per annum with a combined revenue of €170-billion (R2.7-trillion) and recurring profits of €11-billion (R176.1-billion), with the final structure set to be balanced between shareholders and directors, of which none of the formers can lay claim to more than 30%.

In accordance with the draft layout that surfaced in October, the company will be listed on the Paris, Milan and New York Stock Exchanges and have a domiciled parent organisation in the Netherlands. A total of 11 members of each company will be present on the board with FCA Chairman, John Elkann, serving in the same position of the merged brands, and PSA CEO Carlos Tavares also in the same capacity.

Each will be allowed to nominate five members of their respective companies with the 11th and final member being selected by both in case of a decision deadlock. The appointment of a Senior Non-Executive Director and Vice Chairman will be made by Tavares who will serve as CEO for an initial run of five years.

“Our merger is a huge opportunity to take a stronger position in the auto industry as we seek to master the transition to a world of clean, safe and sustainable mobility and to provide our customers with world-class products, technology and services. I have every confidence that with their immense talent and their collaborative mindset, our teams will succeed in delivering maximised performance with vigor and enthusiasm,” Tavares said in an issued joint statement.

In a similar response, FCA Chairman Mike Manley said, “This is a union of two companies with incredible brands and a skilled and dedicated workforce. Both have faced the toughest of times and have emerged as agile, smart, formidable competitors. Our people share a common trait – they see challenges as opportunities to be embraced and the path to making us better at what we do”.

The final signing of the merger is set to be completed in the next 12-15 months and will also see the Peugeot family, PSA’s Chinese partner Dongfeng, BPI France and Exor having the option of increasing their respective shareholding in PSA to at least five percent over the coming seven years of the merger.

A post-partnership name will likely to be announced at a later stage for the company whose respective marques, from FCA, includes Abarth,  Alfa Romeo, Chrysler, Dodge, Fiat and the Fiat Professional commercial division, Jeep, Lancia, Maserati and Ram, and from PSA, Citroën, DS Automobiles, Opel/Vauxhall and Peugeot.

Revealed: South Africa’s top 10 most popular cars for under R50k
13 hours ago
13 hours ago

Revealed: South Africa’s top 10 most popular cars for under R50k
13 hours ago
13 hours ago