Bed can be enlarged by lowering the partition panel between it and the cabin that results in an overall length of 2.7 m. 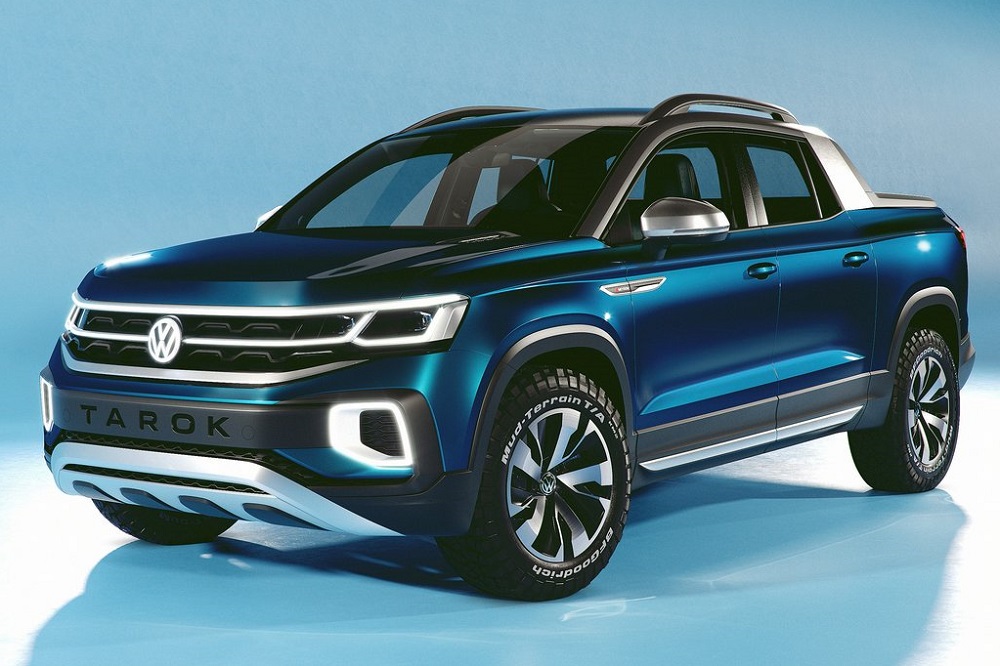 Having bowed as a concept at the Sao Paulo Motor Show two years ago, Volkswagen’s likely replacement for the South American market Saveiro, the Tarok, is set to become a reality based on new registration images. Submitted to Brazil’s National Institute of Industrial Property, the pictures, obtained by motor1.com Brazil, shows little difference between the concept Tarok (pictured) and the alleged production model, with traits such as the headlights that cuts into the multi-slat grille being retained, along with the T-Cross styled wraparound taillights, cladding around the wheel arches and at the base of the doors, roof rails and even the targa-like roof bar.

Based on the same MQB A0 platform as the Polo and T-Cross, Wolfsburg’s rival for the runway segment leading Fiat Strada and Toro will reportedly have a 1 000 kg payload, which seems to confirm that the concept’s expandable loadbed will be carried over. A design similar to the erstwhile Chevrolet Avalanche sold in North America, the bed can be enlarged by lowering the partition panel between it and the cabin that results in an overall length of 2.7 m. In concept form, the Tarok used a petrol/ethanol version of the 1.4 TSI engine sold in the Polo-based Virtus sedan, which produced 110 kW transferred to all four wheels via a six-speed Tiptronic gearbox. Also mentioned at the unveiling was the confirmation of a 110 kW 2.0 TDI engine likely to be used for export markets.

While still to be confirmed outright, the publication states that the Tarok could debut at the Sao Paulo showpiece in November before going on sale next year with production set to take place at Volkswagen’s São José dos Pinhais plant in Curitiba. Declared a world model, the availability of the mentioned diesel engine has opened the possibility of the Tarok becoming available in South Africa to challenge the incoming Renault Duster Oroch, but at present, nothing has been mentioned.