Officially the oldest pick-up on sale in North America, Nissan has introduced a revised version of the 16 year old Frontier at the Chicago Auto Show powered by an all-new engine.

Effectively a preview of what to expect from the next generation Frontier reportedly out next year, the extensive refresh afforded to the still D40 Nissan Navara-based Frontier that was replaced by the D23 internationally six years ago, is limited to the drivetrain with no changes to the exterior or interior having been made. Build at the same factory in Tennessee as the 5.6-litre V8 that powers the Titan, the all-new 3.8-litre V6 replaces the aged 4.0-litre bent-six and offers up 231kW/381Nm, with a new nine-speed automatic transmission replacing the outdated five-speed automatic.

In spite of its smaller size and producing the same amount of torque, the new mill delivers 37 kW more and according to Nissan, is also more frugal and efficient. The inclusion of the new transmission has also resulted in the previous five-speed manual being discontinued entirely. 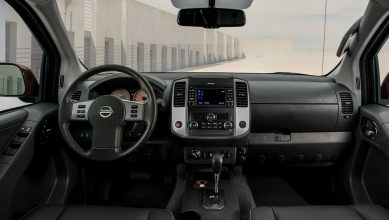 Along with the new engine, the Frontier model line-up has been tweaked with the previous SL trim level falling away, leaving only the S, SV and the four-wheel-drive specific Pro-4X. Bodystyles are however kept as is with a choice of King Cab or Crew Cab configurations.