Second and third rows can also be removed completely with overall boot space ranging from 84-litres with all seven seats up to 625-litres. Now on sale in South Africa after making its debut in India last June, Renault has announced price and spec details of the new Triber MPV.

Riding on a lengthened version of the Kwid’s CMF-A platform and measuring under the crucial, in India, four-metre in overall length mark, the Triber offers seating for seven similar to its cousin, the Datsun Go+, with Renault claiming that up to 100 different seating configurations can be obtained. 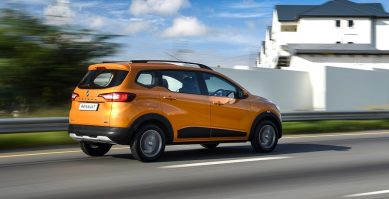 Boasting four seat layouts; Camp (two-seats), Surf (four-seats), Life (five-seats) and Tribe (seven-seats), the Triber’s second and third rows can also be removed completely with overall boot space ranging from 84-litres with all seven seats up to 625-litres with the third row down. In addition, auxiliary cabin storage areas has freed-up a further 31-litres, with a cooled centre console and glove box also featuring. 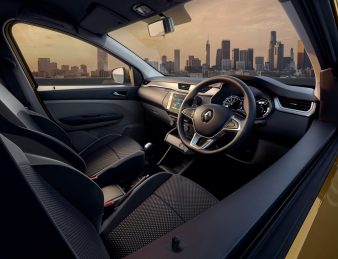 Capping the range off is the Prestige that receives 15-inch flex wheel covers, one touch up function for the driver’s window, a reverse camera, two tweeters and additional airbags, daytime running LEDs, keyless entry, push-button start and a third 12-volt socket in the third row. 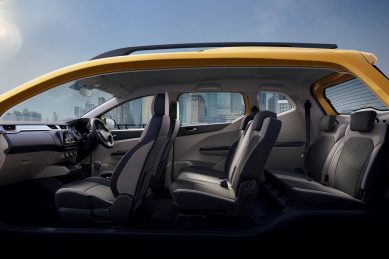 Up front, the Triber comes powered by the same 1.0-litre normally aspirated petrol engine as the Kwid, albeit with power lifted from 50kW/91Nm to 52kW/96Nm. A five-speed manual gearbox is standard with a five-speed automated manual (AMT) joining at a later stage. Combined fuel consumption is rated at 5.5 L/100 km.