This is it: Peugeot enters pick-up war with all-new Landtrek

Will be offered in not only single and double cab bodystyles, but also as a chassis cab with Peugeot claiming a payload of up to 1.2-tonnes. The topic of much speculation since reports of it came to light some three years ago, Peugeot has officially revealed its new global pick-up in the shape of the Landtrek. 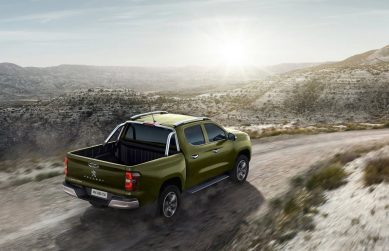 Touted by the Lion brand as a pick-up that “responds (to) the needs of a demanding clientele”, the Landtrek is derived from the Changan Kaicheng F70 sold in China and will be offered in not only single and double cab bodystyles, but also as a chassis cab with Peugeot claiming a payload of up to 1.2-tonnes depending on the model, a tow rating of 3.5-tonnes and on workhorse derivatives, a 180 degree opening tailgate as a result of there being no rear bumper. 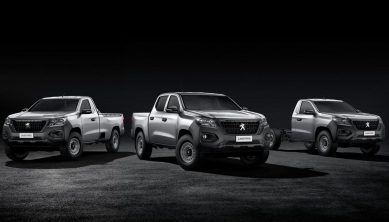 Measuring 5.33 m in overall length for the double cab and 5.39 m for the single cab, the Landtrek boasts a width of 1.92 m and has been subjected to over two million kilometres of testing “in all terrains and in all weather” with Peugeot further remarking that it offers the “comfort worthy of a saloon car”. 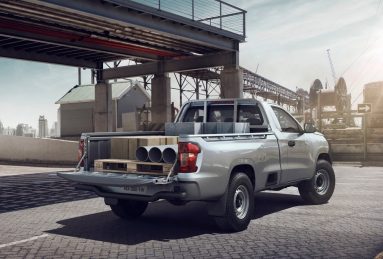 Able to transport three Euro palettes or two in the case of the double cab, the Landtrek takes styling inspiration from the 3008 and 5008 outwardly with the interior offering up to three seats depending on the model, and with cabin storage space coming to 27-litres and a load of 100 kg possible with the rear seats folded. 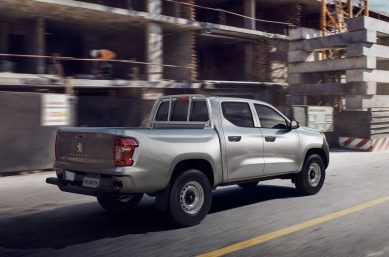 While equipment is destined to depend on the trim level, items featuring include a freestanding ten-inch touchscreen infotainment system with Bluetooth, Apple CarPlay and Android Auto, Hill Descent Control, dual zone climate control, Lane Departure Warning, Trailer Swing Control and up to four cameras for a 360 degree view.

Available with rear or selectable four-wheel-drive with ground clearance rising from 216 mm on the standard 16-inch wheels to 235 mm with the 17-inch rollers, the Landtrek is powered by a choice of two engines; a 2.4-litre turbocharged petrol delivering 155kW/320Nm and a 1.9-litre turbodiesel that produces 110kW/350Nm. 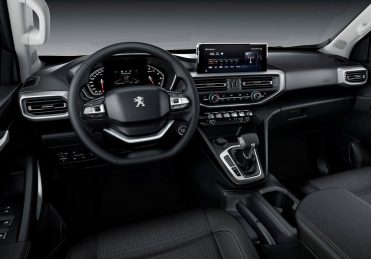 Whereas the petrol comes paired to a a six-speed manual or a Getrag supplied six-speed automatic, the oil-burner is outfitted with the former only and claimed to consume diesel at 7.8 L/100 km. Reserved for the automatic petrol model though is a two-mode selector with Eco and Sport settings, although standard regardless of the drivetrain is an electronic rear differential lock. Wading depth is rated at 600 mm.

Aimed at Latin American as well as Sub-Saharan African markets with Europe having been ruled out completely, the Landtrek will go on sale later this year but has been confirmed for South Africa with sales set to commence next year.