Polo takes styling inspiration from the Jetta and North American-spec Passat, but instead rates as a reskinned version of the Skoda Rapid. Previewed in a series of sketches earlier this month, Volkswagen has unveiled the Russian market Polo Sedan due to go on sale later this year.

A departure from not only the current model but also the Virtus sold in Latin America, the Polo takes styling inspiration from the Jetta and North American-spec Passat, but instead rates as a reskinned version of the Skoda Rapid sold in Europe since 2012. 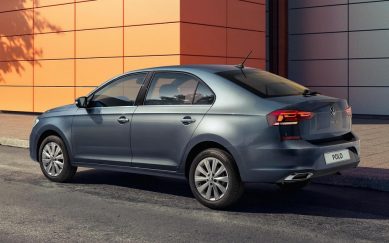 In spite of its underpinnings, the interior not only derives touches from the Rapid but also the Volkswagen T-Cross such as the steering wheel and the touchscreen infotainment system that can be specified in two sizes; the basic 6.5-inch and the top-range 8.25-inch. Optional is the 102.5-inch Active Info Display digital instrument cluster. 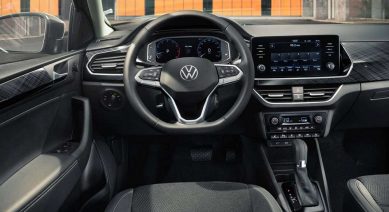 Underneath the bonnet, Volkswagen will offer a choice of two petrol engines; a normally aspirated 1.6 pumping out 66 kW or 81 kW and a 1.4 TSI that produces 92 kW. A five-speed manual gearbox is standard on both 1.6-litre models with the latter having the option of a six-speed Tiptronic. Like the Virtus, the 1.4 TSI is paired solely to a self-shifter, which in this case is a seven-speed DSG.

Being exclusive to Russia as mentioned, the Polo Sedan is not forecasted to arrive in South Africa anytime soon as a replacement for the current model.