Trio of electric motors yield a combined 800 kW which Koenigsegg claims results in an all-electric top speed of 300 km/h. In a surprise reveal on the back of the cancelled Geneva Motor Show, Koenigsegg has taken the covers off of its first ever four-seater production car that has been billed as a Mega GT.

Touted by the iconic Swedish hypercar maker as having the ability to “easily outperform most two-seat megacars” but still able to be taken on “long-range public roads – family trips, in comfort, style and safety”, the Gemera utilises a hybrid setup that combines a brand-new 2.0-litre Freeevalve turbocharged three-cylinder petrol engine with three electric motors for a mind-blowing total system output of 1 270kW/3 500 Nm. 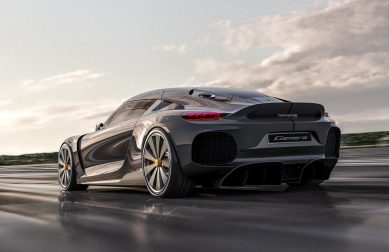 While the blown three-pot, codenamed the Tiny Friendly Giant, produces 441kW/600Nm on its, the trio of electric motors yield a combined 800 kW which Koenigsegg claims results in an all-electric top speed of 300 km/h with the range itself being 50 km/h in.

Able to run on conventional pump fuel, electricity or second generation ethanol as well as methanol, the Gemera will get from 0-100 km/h in a claimed 1.9 seconds and reach a top speed of 400 km/h with a torque vectoring all-wheel-drive system, incorporating four-wheel-steering, providing added grip. Said to take styling inspiration from the prototype Koenigsegg CC unveiled in 1996, the carbon-fibre Gemera boasts a fastback-inspired roofline, a “wraparound jet fighter inspired windscreen”, is devoid of a B-pillar and features a full length version of Koenigsegg’s Automated Twisted Synchrohelix Actuation Doors. 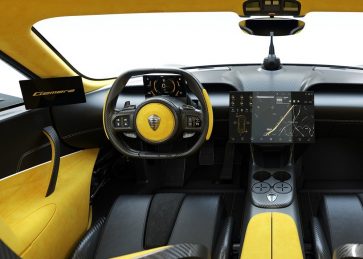 Although no pricing has been revealed, production of the Gemera will be limited to 300 units.