In a reversal of the hatch, the sedan will exclusively be powered by two normally aspirated petrol engines. With the unveiling of the all-new Quest based on the outgoing Corolla sedan last month, Toyota has now officially released pricing and spec details of the new TNGA underpinned model set to go on sale later this month.

First shown in China two years ago, the sedan adopts the same sleek appearance as the hatch and measures 4 630 mm in overall length with a wheelbase of 2 700 mm, height of 1 435 mm and width of 1 780 mm. As well as taking styling hints from its sibling, the sedan draws heavily from the Camry with the interior being similar in design and look to the hatch. Boot space is rated at 470-litres with a braked trailer towing rating of 400 kg.

In a reversal of the hatch, the sedan will exclusively be powered by two normally aspirated petrol engines, which kicks-off with the 1.8 that powers the entry-level XS. Producing 104kW/171Nm, the engine is mated to a CVT only with the top speed being rated at 195 km/h and 0-100 km/h taking 10.5 seconds. Claimed fuel consumption is 6.2 L/100 km. 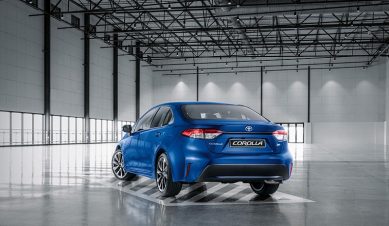 Moving one up, the XR completes the range and is powered by the new 2.0-litre Dynamic Force petrol that sends its 125kW/200Nm to the front wheels either via a six-speed manual or the Direct Shift 10-step CVT that debuted on the hatch.

In three-pedal guise, the XR will get to 100 km/h from standstill in eight seconds and reach a V-Max of 200 km/h, while the CVT has the same top speed as the XS with the benchmark sprint taking 8.6 seconds. Respective fuel consumption is a claimed 6.5 L/100 km and six-litres/100 km. 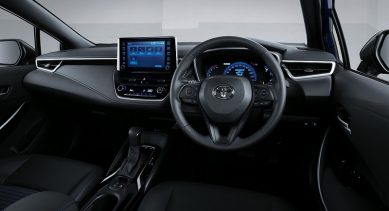