Range-topper will be the 73 whose electrified 4.0-litre V8 will reportedly produce 600 kW and possibly over 1 000 Nm. On track to make its long awaited debut either towards the end of this year or in early 2021, alleged details of the all-new Mercedes-Benz SL has emerged via a leaked presentation slide documenting the line-up in full.

Pictured back in January in reported production form hidden under heavily masking, France’s L’Automobile Magazine has obtained the slide in question, which claims that the SL range will consist out of six models, two with mild-hybrid powertrains and only one with rear-wheel-drive as the rest will come standard with Benz’s 4Matic all-wheel-drive system. More interesting is that the nomenclatures mentioned are all in single digits, therefore seemingly spelling the end of long standing tripe digit SL denominators such as ‘350’, ‘500’ and ‘600’.

At the bottom of the range is the SL 43 which could feature the widely used 3.0-litre straight-six turbocharged engine, but according to the publication, the 2.0-litre four-cylinder turbo adapted from the AMG A45 that is slated to also the replace 4.0-litre bi-turbo V8 in the next generation AMG C63, albeit without hybrid assistance.

Up next is the 53 that comes in standard and 53 e forms, the latter more than likely pointing to the 3.0-litre mild-hybrid turbocharged straight-six used in the AMG GT 53 4-Door and AMG E53. While the 4Matic system comes standard, the performance optimised 4Matic+ layout will feature only on the non-hybrid model.

Making a return after bowing out when the previous R230 generation received a facelift 12 years ago, the SL 55 will allegedly serve as the entry-level AMG model, but based on the graphic, feature the S designation with power, speculatively, set to come from the mentioned twin-blown 4.0-litre engine or possibly even the straight-six. It will however not offer electrical assistance.

At the sharp-end, the SL 63 will more than likely mirror the AMG GT 63 4-Door, but although equipped with the 4Matic+, won’t have a higher output S model. Instead, the range-topper will be the revived 73 whose electrified version of the 4.0-litre V8 will reportedly produce 600 kW and possibly over 1 000 Nm.

A moniker not seen since the ultra-limited-edition SL 73 departed 19 years ago, the engine will replace the long-serving 6.0-litre bi-turbo V12, which will seemingly be reserved only for the incoming new S-Class and certain Maybach models,  and also power the AMG GT 73 4-Door that recently made another spy shot appearance online.

As is already known, the SL will share the next GT’s Modular Sports Architecture (MSA) which, according to Germany’s Auto Motor und Sport, will make more extensive use of aluminium and, in attempt to reduce weight, revert back to a soft-top design as opposed to the current model’s folding metal roof. 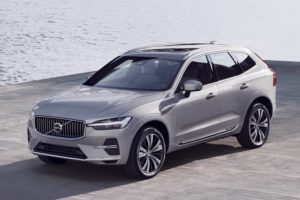 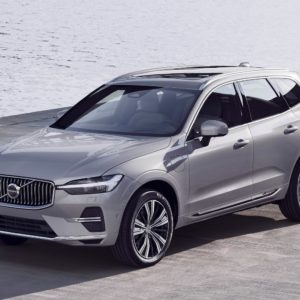