Pajero will ride on a brand-new body-on-frame platform incorporating a longer wheelbase and an unchanged overall length. Mitsubishi has reportedly sealed the fate of the iconic Pajero by announcing that the iconic off-roader will be overhauled completely in preparation for its world debut next year or in early 2022.

Still on sale in a few markets despite being been withdrawn from its home market last year, Japan’s spyder7.com alleges that the Pajero, which has only received exterior and interior revisions since its debut in 2006, will ride on a brand-new body-on-frame platform incorporating a longer wheelbase and an unchanged overall length. 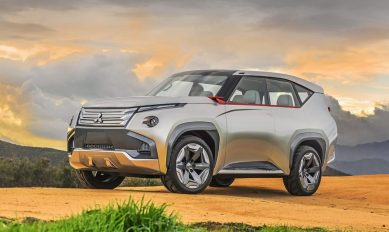 This contradicts comments made by former Mitsubishi Chief Operating Officer, Ashwani Gupta, who last year stated that the Pajero could become a unibody crossover if given the green light for production. Alternatively, it has also been speculated that it could use the same platform as the  Nissan Patrol if a solid business can be made.

According to Spyder7, the Pajero will derive styling from the GC-PHEV Concept (pictured above) shown in Tokyo seven years ago, but with the incorporation of the current Dynamic Shield front facia. A big departure from the concept though is that the 250 kW plug-in hybrid 3.0-litre supercharged V6 powertrain will make way for the Outlander PHEV’s 2.4-litre unit, albeit with two electric motors offering a total battery only distance of 75 km.

Its future no seemingly confirmed, expects more details to emerge over the coming months.