“We had a meeting on a Stelvio GTA but it’s just not in line with customer expectations". Having injected new life into the revered GTA and GTAm monikers last month, Alfa Romeo has confirmed that neither would be featuring on the Stelvio or any other model soon.

Speaking to Britain’s Autocar, the marque’s Head of Product Marketing, Fabio Migliavacca, said while the possibility of a Stelvio GTA was discussed, it was eventually decided that only the Giulia would wear the famed Gran Turismo Alleggerita nomenclature.

“We had a meeting on a Stelvio GTA but it’s just not in line with customer expectations. It has to be the best possible [on track]. On the Stelvio, we have a higher centre of gravity so it won’t achieve the same goals,” Migliavacca said. 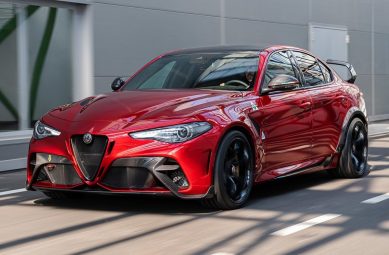 He also stated that the return of the GTA name, which last featured on the 147 and 156, had to be special in celebration of Alfa Romeo’s 110th anniversary, and that the response had been “amazing” despite the outbreak of the Coronavirus that has continued spreading across Italy at a rapid rate in recent weeks.

“The [original Giulia GTA] from 1965 was really important. If you think about the brand’s icons in history, there is GTA. We decided to bring back the old values. The car had to be special compared to the Quadrifoglio [Verde] [and] in [this] particular moment, people are willing to see something positive. A lot of people are raising their hands and saying, ‘I want to have one’, ‘I want to have four’. It’s truly an amazing reaction considering the timing”.

Migliavacca’s comments means that the Quadrifoglio Verde will remain the flagship Stelvio model for the foreseeable future with no plans seemingly in place to introduce a more powerful model but under a different name with the same 403 kW output as the GTA.