A five-speed manual gearbox is the sole option for the former with the V8 coming as standard with a six-speed automatic. With tribute editions of the Toyota Land Cruiser 200 having already been launched in United States (Heritage Edition) and more recently Australia (Sahara Horizon), the United Arab Emirates (UAE) has become the recipient of a bespoke model also carrying the Heritage designation. 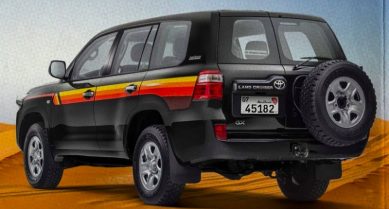 Offered with either a V6 or V8 engine, the UAE-spec Heritage boasts special decals on the doors, barn door-style rear doors, LED indicators and roof rails on the latter only, an integrated air compressor, 17-inch steel wheels on the former and alloys on the latter, plus Heritage Edition embossed headrests with the V6 receiving a grey interior and the V8 a cream hue. 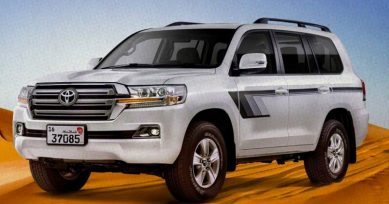 In terms of power, the V6 displaces 4.0-litres and produces 202kW/385Nm, while the bent-eight’s capacity stands at 4.6-litres with outputs of 227kW/439Nm. A five-speed manual gearbox is the sole option for the former with the V8 coming as standard with a six-speed automatic. 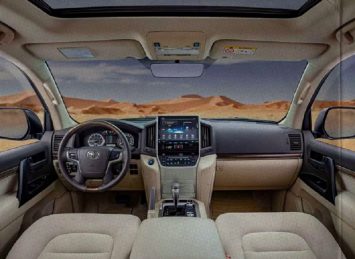