Tiguan's engine line-up is likely to include the 48-volt mild-hybrid eTSI engines, as well as the conventional TSI units. 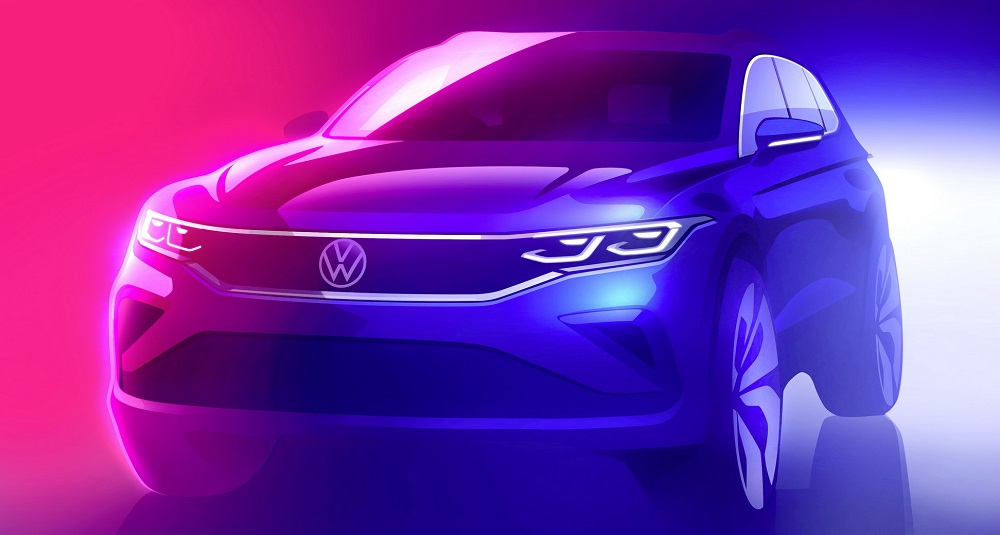 On the back of more than a dozen spy images circulating on various online platforms over the last few weeks, Volkswagen this past week released the first official teaser sketch of the facelift second generation Tiguan.

Arriving on the back of an apparent preview of the next generation earlier this month, the single provided drawing sees the Tiguan receiving a sleeker grille derived from the Golf and the Jetta, the same headlights and a redesigned front bumper complete with a wider lower air dam.

While no image of the rear was provided, expect new light clusters and an updated bumper, while inside, the latest infotainment system, digital instrument cluster and array of safety systems also derived from the Golf are due to feature.

Keeping the current MQB platform as opposed to its hatchback sibling’s MQB Evo, the Tiguan’s engine line-up is likely to include the 48-volt mild-hybrid eTSI engines, as well as the conventional TSI units of the same displacement, plus the heavily revised 2.0 TDI.

On the performance side, and in accordance with recent reports, the Tiguan will not only receive a plug-in hybrid GTE model, but for the first time an R derivative. Captured by motor1.com undergoing testing at the Nürburgring, the R will come with model bespoke exterior and interior fittings, and use the familiar 2.0 TSI engine tuned to produce a reported 221 kW. A more powerful version though is likely to join at a later stage packing an estimated 245 kW, the same output expected of the new Golf R pictured by the same publication for the first time rounding the Green Hell days prior.

More than likely expected to have debuted within the next few months, chances are that the Tiguan will now only premiere towards the end of the year or early next year due to the Coronavirus pandemic.