Like the Glanza and the still-to-be-named seven-seat MPV mirrored on the Ertiga, the Urban Cruiser will differ only aesthetically from India's top-selling SUV. The third model of Toyota’s partnership with Suzuki’s Maruti division in India will reportedly result in the reviving of a moniker last used six years ago.

According to Autocar India, the incoming Toyota badged Maruti Suzuki Vitara Brezza will be called Urban Cruiser in what seems to be an attempt to leverage on the designation’s heritage. 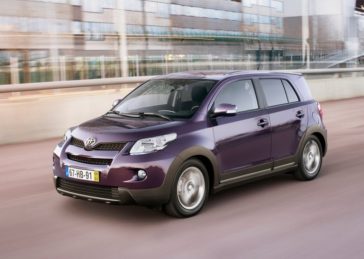 Like the Glanza, based on the Suzuki Baleno, and the still-to-be-named seven-seat MPV mirrored on the Ertiga, the Urban Cruiser will differ only aesthetically from India’s top-selling SUV, and feature the same mild-hybrid 1.5-litre petrol engine now that the Fiat Multijet derived 1.3-litre turbodiesel has been discontinued due to the more stringent BS6 emissions regulations.

Unlike its predecessor though, which was based on the second generation Japanese market ist, albeit with different styling, the Brezza based Urban Cruiser will not have the option of all-wheel-drive and instead be a front-wheel-driven only model.

Open to speculation however is whether the Urban Cruiser, which will go on sale in India later this year, will be considered for South Africa as Toyota’s entry-level SUV offering below the C-HR given that the Asian market Raize appears an unlikely candidate