Touchscreen infotainment not only incorporates satellite navigation, but for the first time, Apple CarPlay and Android Auto. In a move similar to the ES earlier this year, Lexus has now introduced a more affordable hybrid version of the UX 250h in the guise of the EX. 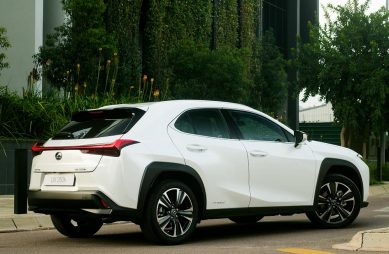 In addition, the SE’s leather interior makes way for five so-called Nulux synthetic leather options; Black, Cobalt, Ash, B Ocher and Cream, while the adaptive function for the cruise control has been dropped along with the regenerative braking system.

Despite this, the EX still comes as standard with a touchscreen infotainment incorporating not only satellite navigation, but for the first time, Apple CarPlay and Android Auto, a tyre pressure monitor, dual-zone climate control, an eight-speaker sound system, keyless entry, heated and folding electric mirrors, auto-levelling LED headlights, front and rear parking sensors with a panoramic reverse camera and electric heated front seats. 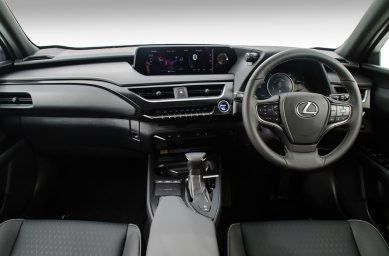 Riding on the same 18-inch alloy wheels as the SE, the EX also comes equipped with the same drivetrain, which pairs a 107kW/180Nm normally aspirated 2.0-litre petrol engine with an electric motor for a total system output of 135 kW. Paired to a CVT with drive going to the front wheels only, the EX will get from 0-100 km/h in 8.5 seconds and top out at 177 km/h. Claimed fuel consumption is rated at 4.5 L/100 km.